For Art Journal Journey, Back to school, I have another
hybrid piece.  I placed lots of figures on a water coloured background, all from a Gecko Galz collage sheet. The fence at the front was added digitally, as was the blackboard.. I also popped in some little girls from my family - My mum, Erika and me - who's who? 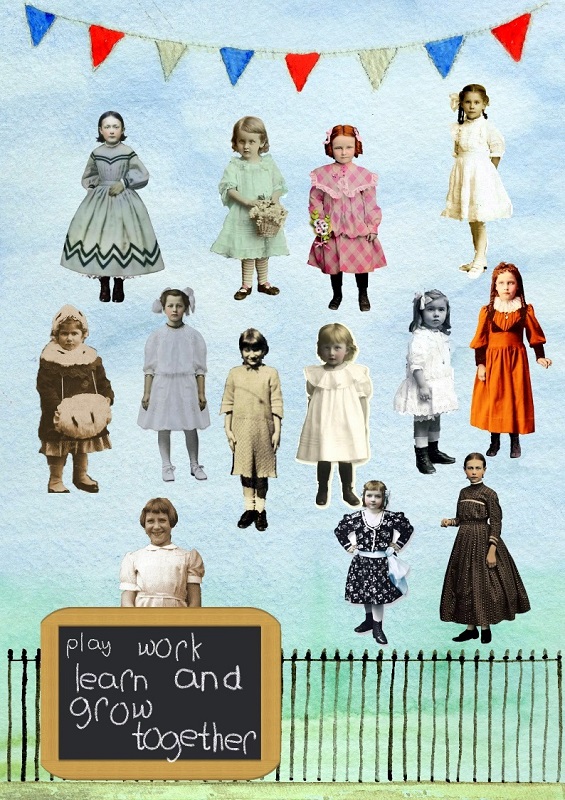 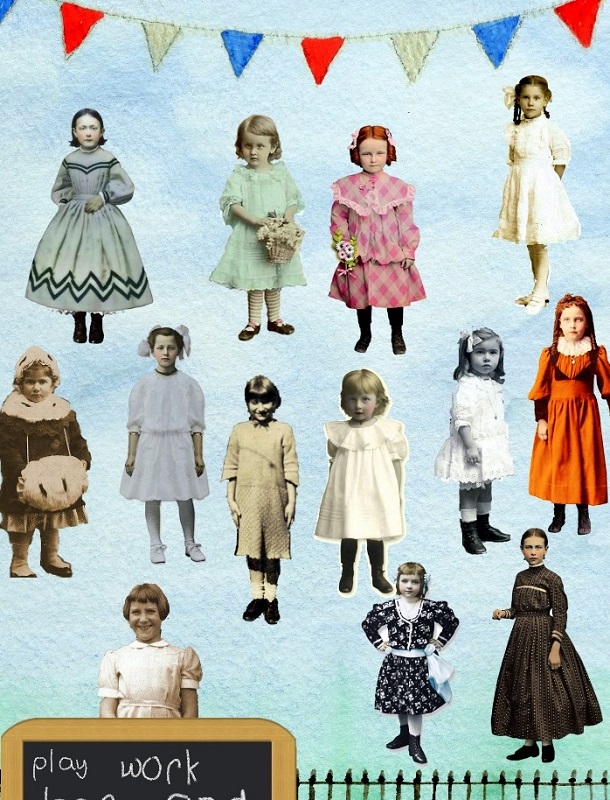 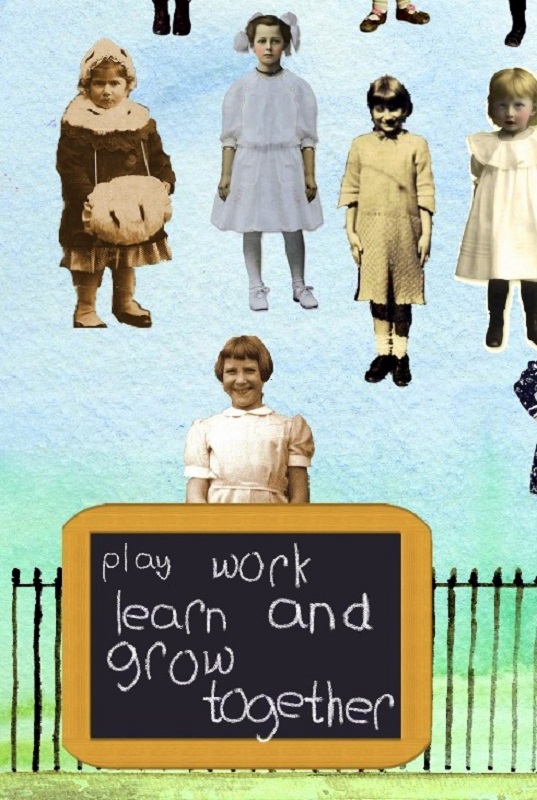 On Thursday I started my little outing at the tram stop down the road: 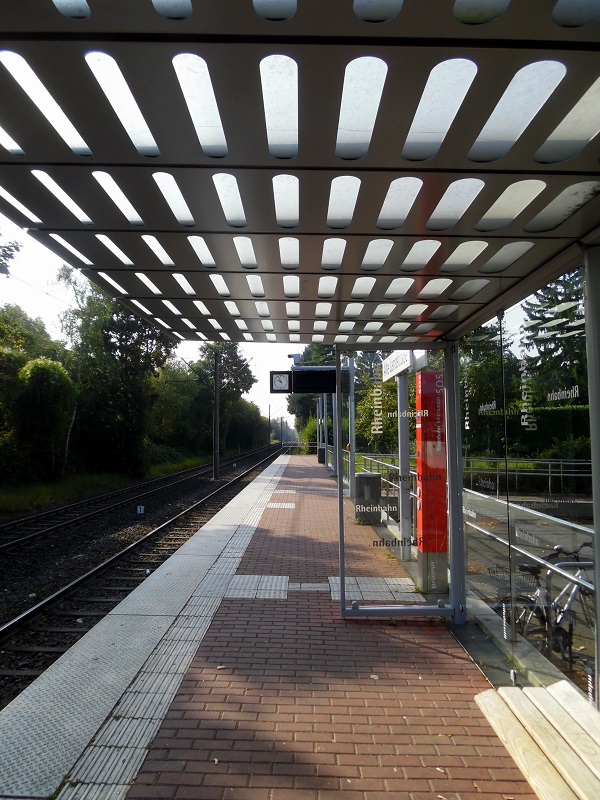 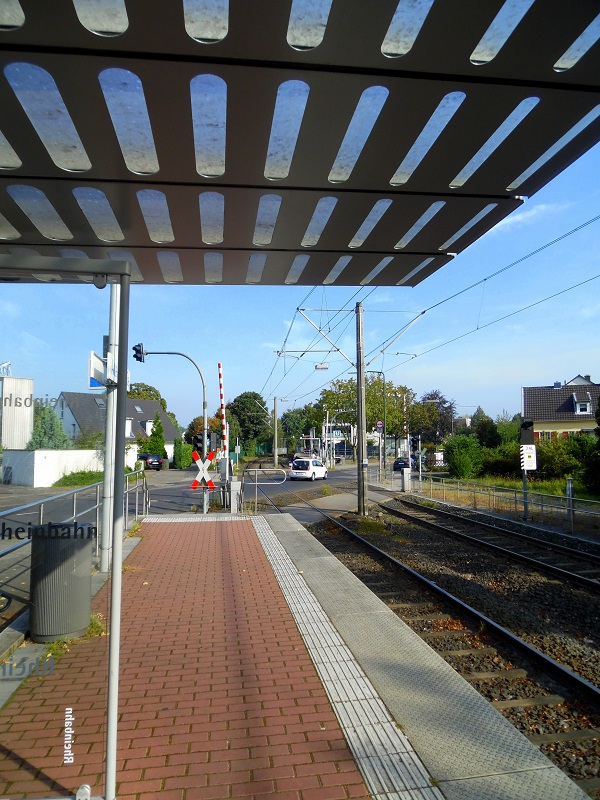 In Oberkassel they had very interesting containers for recycling old glass, paper etc - the stuff gets stored underground, so no unsightly huge containers to see. Great idea! 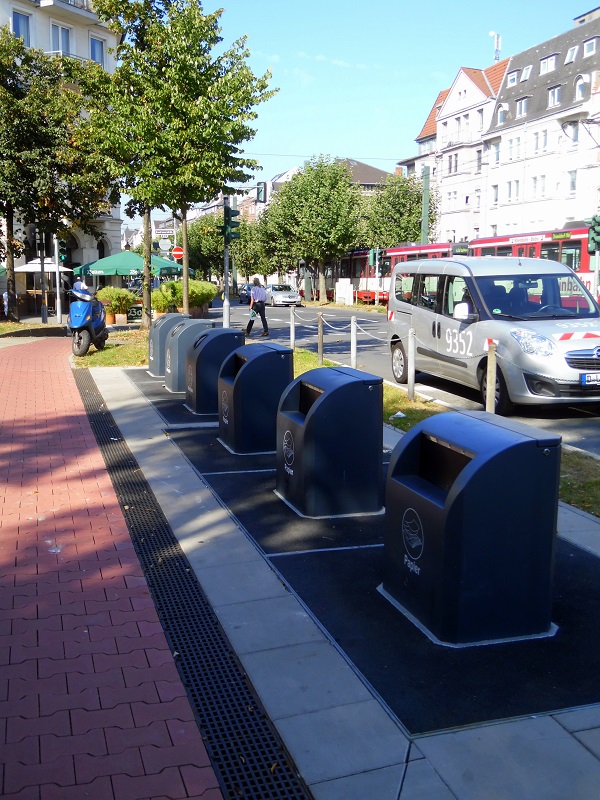 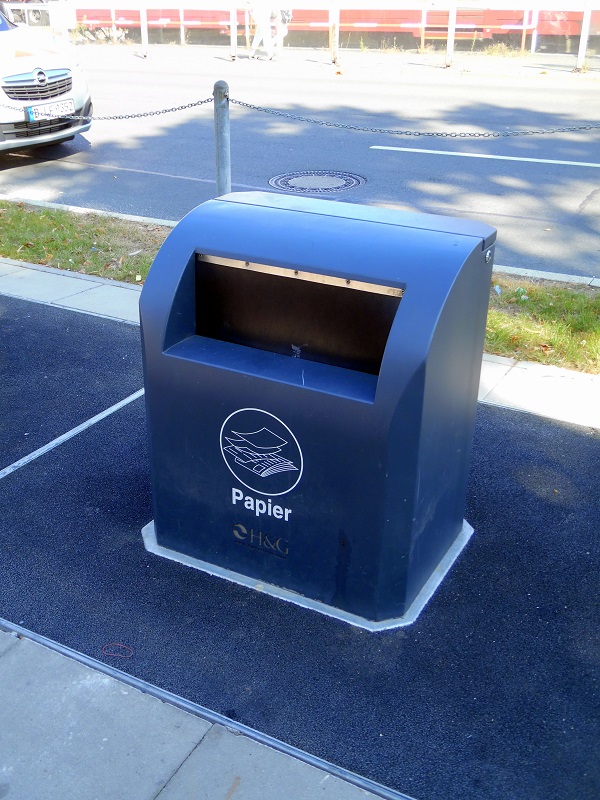 I walked down to the Rhine - Oberkassel is opposite the Altstadt - old town - of Düsseldorf: 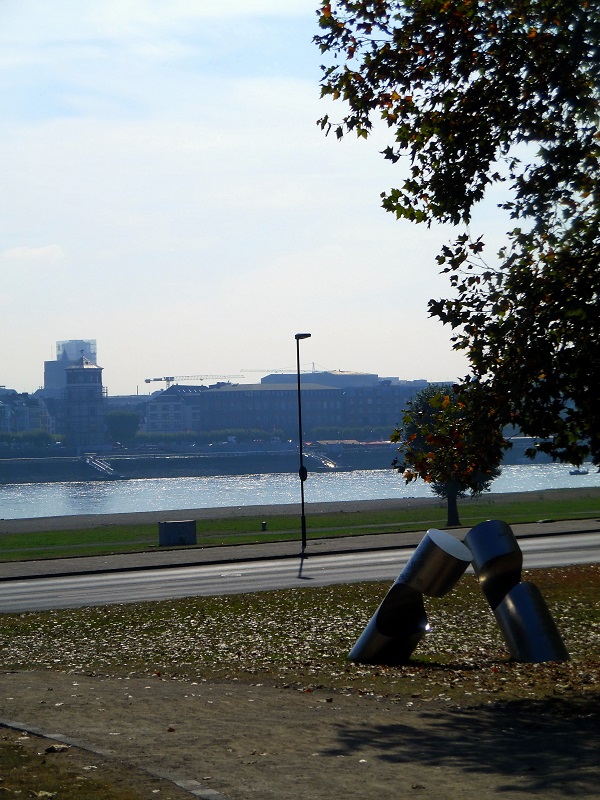 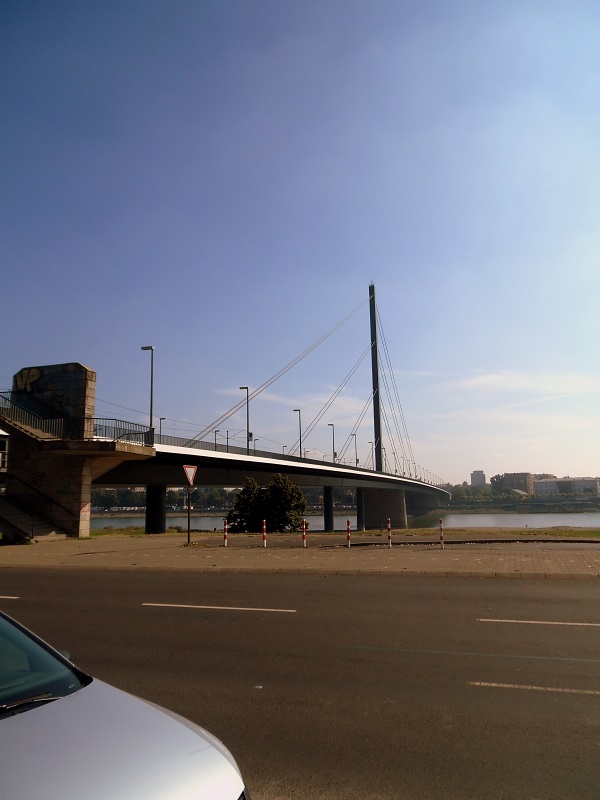 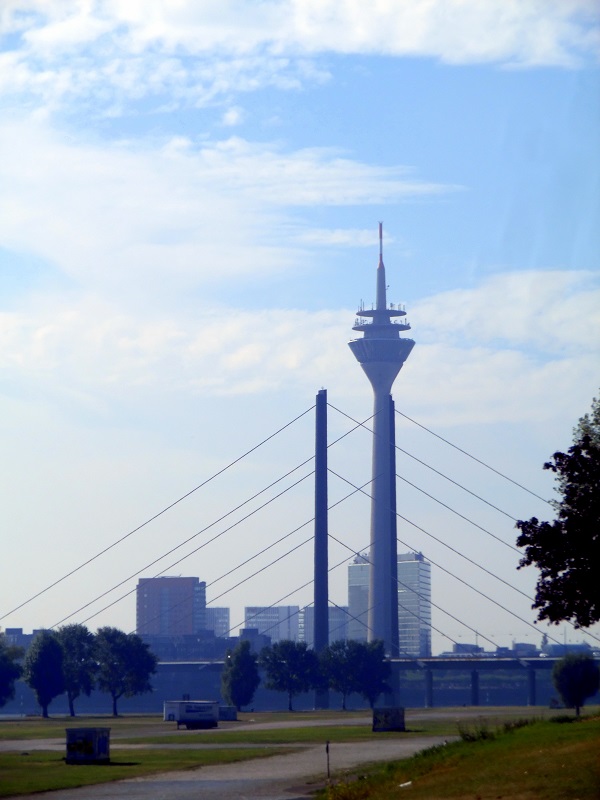 Beautiful, old houses from the beginning of the 20th century along the Rhine: 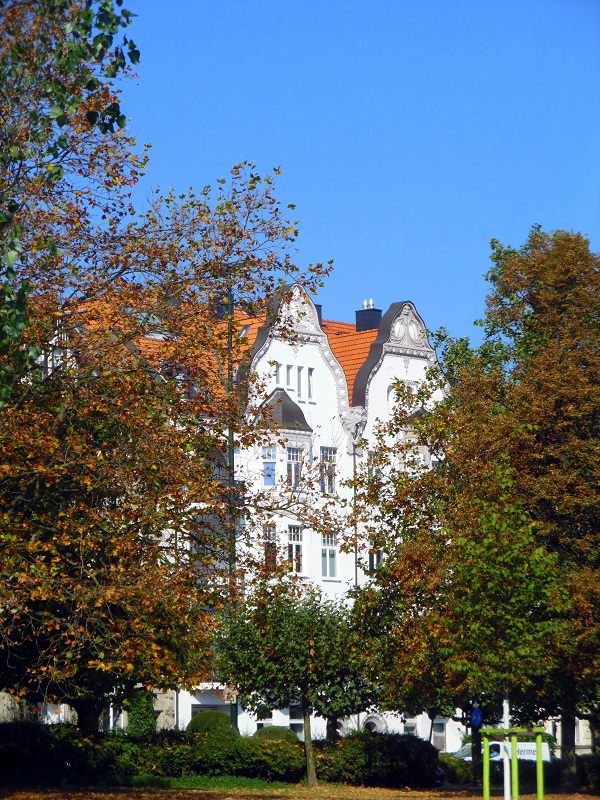 The round building used to be a planetarium and is now
concert hall: 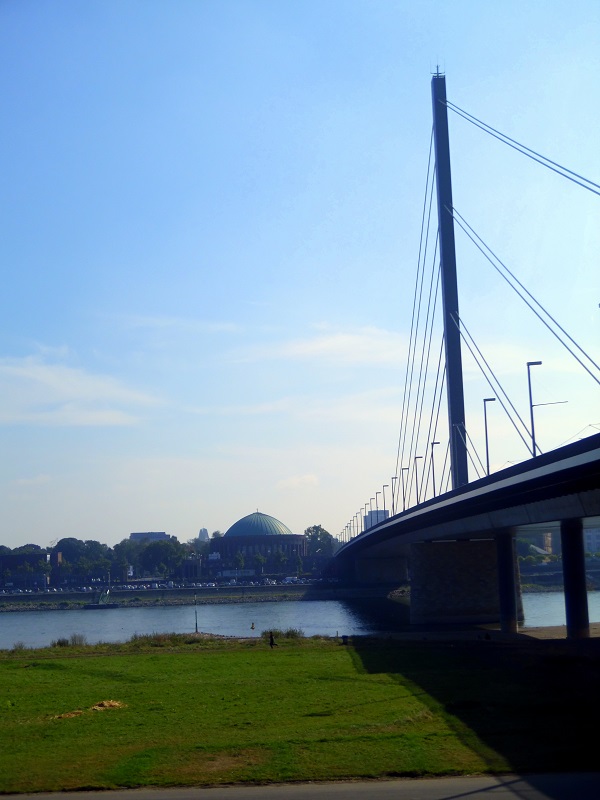 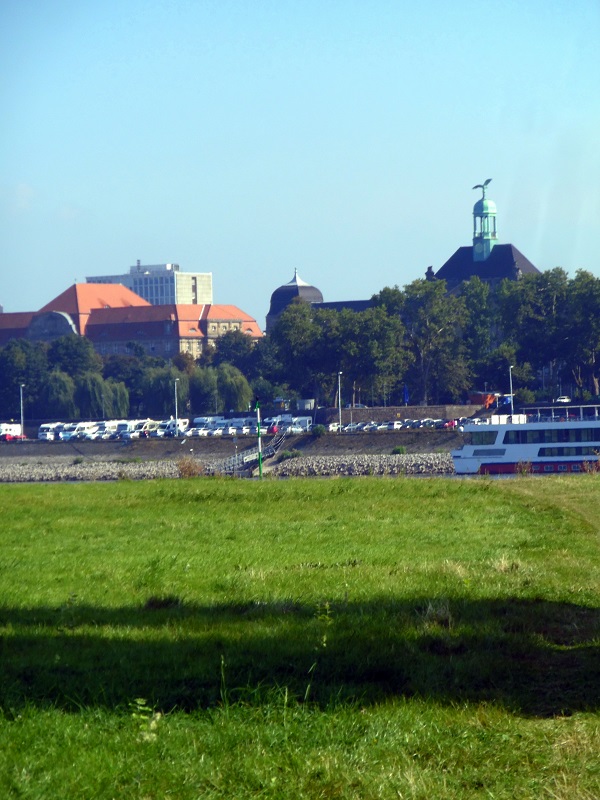 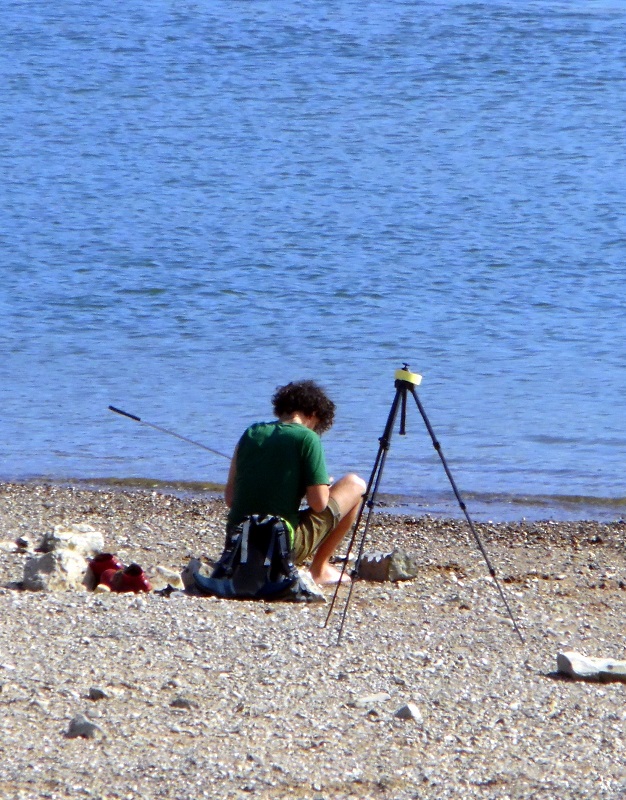 I was heading for this bridge to cross the river again, but made a detour to Old Niederkassel first (The photos I showed yesterday) The sheep were dozing in the shade: 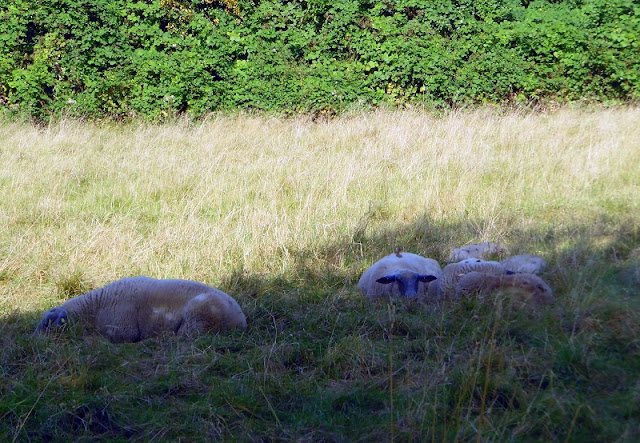 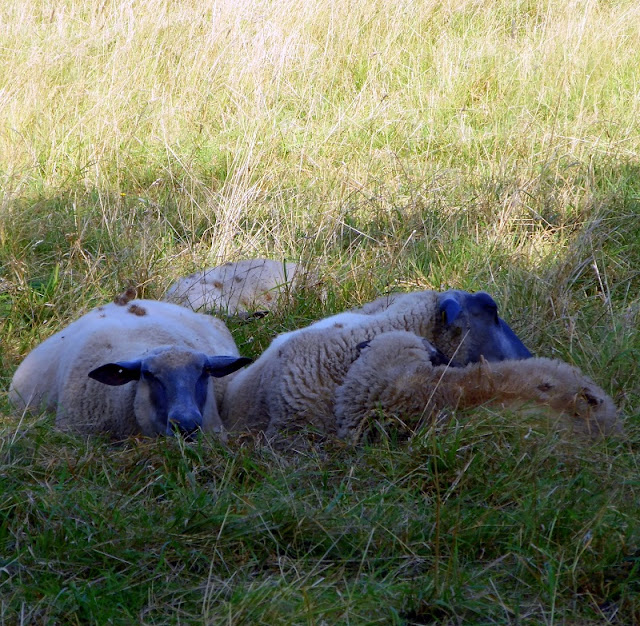 There are more photos to come, but I think it's enough for today!

Have a great weekend, take care,
and thanks a lot for coming by!
Posted by Valerie-Jael at 22:00