Hi everybody!
Today was another rainy Sunday, but it was much milder than the past couple of days, so I enjoyed my rainy walk. I went to Schloss Kalkum again. As I got to the duck-pond, they all started squawking and trying to push each other out of the way to come over to see me - perhaps they knew I would have some bread and lettuce leaves in my bag? They were behaving really human, like people at the sales, so funny!
I then walked down to the Rhine, and along the tow path. As I got to the corner of Market street, 3 ducks came waddling out at top speed, ran to the edge and sprang into the water, quacking most indignantly. They were followed by a large, brown dog, pulling his 2 legged Tin-Opener on the leash behind him, and the dog yowled with frustration when he saw that his prey had escaped. The man, however, seemed  relieved, and tugged the dog off in the other direction. 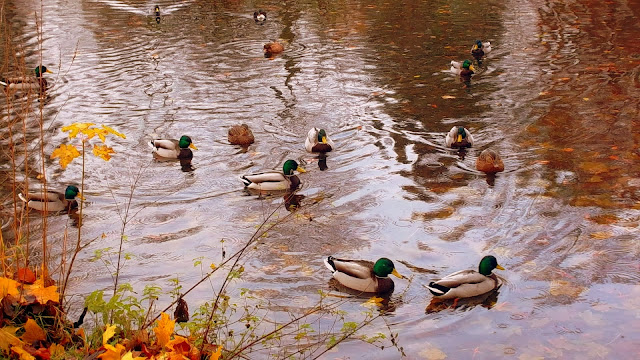 At Mix it Monthly, Conny wants to see the colours red, yellow and green (yikes, Conny!) and an owl.
I painted some pages, which had already been prepared with book scraps and gesso, with various yellows,greens and blues, and sprayed in some red ink. The owls have been made using templates which I won last year and haven't used yet, shame on me. I made one white one and one dark one, as I wanted this to fit to the theme of light and dark at AJJ, too. I added some texture to the white one using some puff paint, and the black one got all excited and said he wanted some too, so I gave him a few spots on his ears, eye and nose. 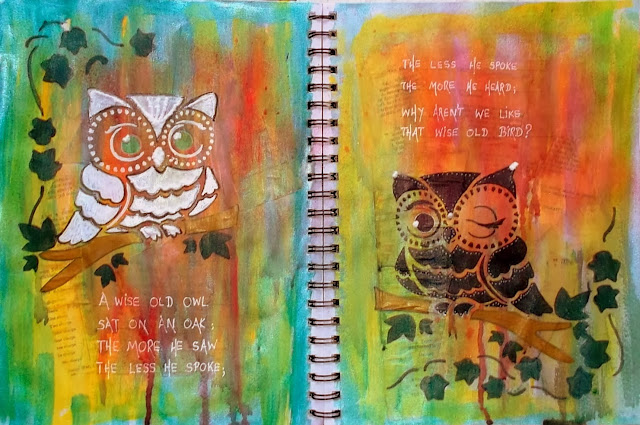 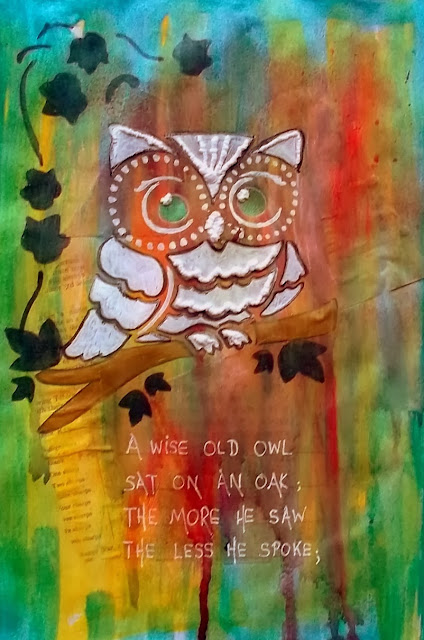 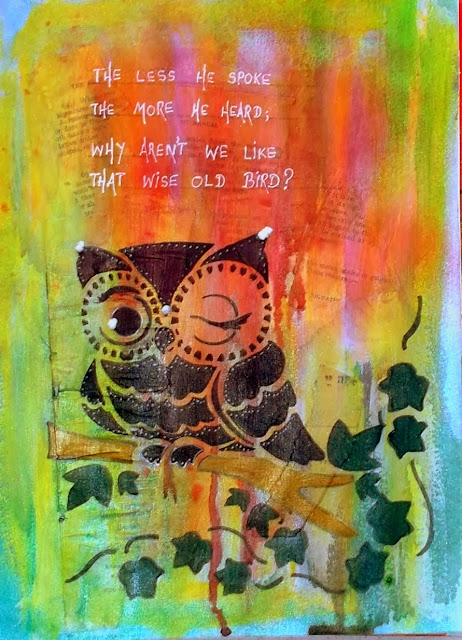 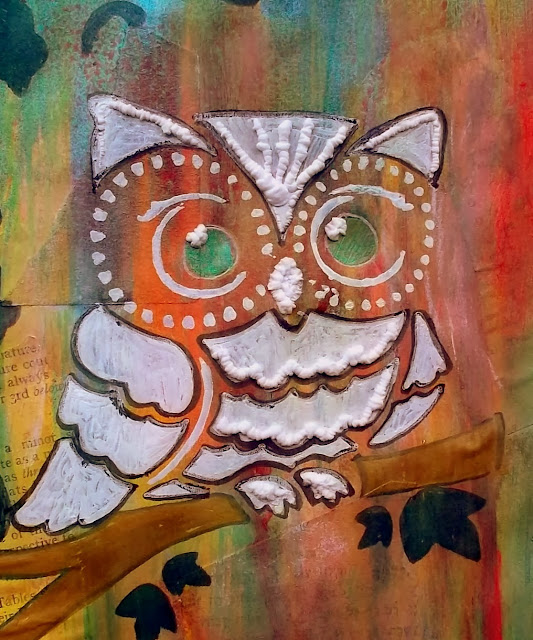 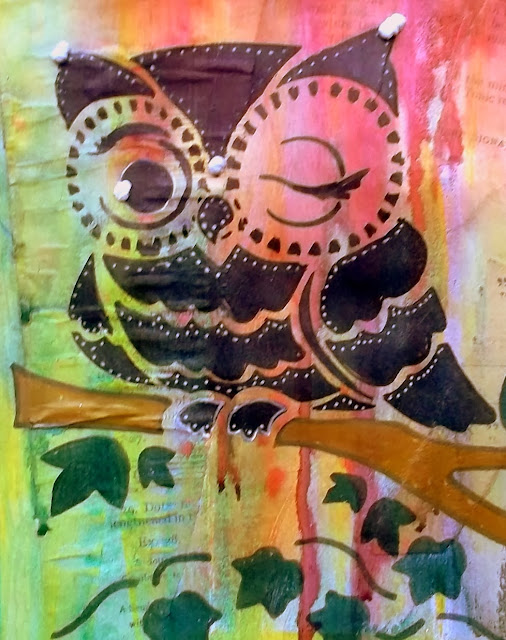 This was fun to make, perhaps I will use those templates again!

Have a good day, take care, and thanks a lot for coming by!
Posted by Valerie-Jael at 18:20