A recycled wreath and another Christmas Market.

Hi everybody!
Today I want to show you a recycled wreath I made last week. I found 2 long, plastic orchids in the recycling bin, so I brought them in, gave them a wash, and then bound them together to make a wreath, which is about 12" in diameter. I sprayed it with silver - also a find from the recycling bin - and then used the hot glue gun to fix on the pine cones I gathered up on my walks over the past weeks. I gave it another light spray with silver, added some silver 'fairy-hair' and a bow, and a loop to hang it from - then it was finished. It looks very pretty on my living room door, and I like making things which don't cost anything. 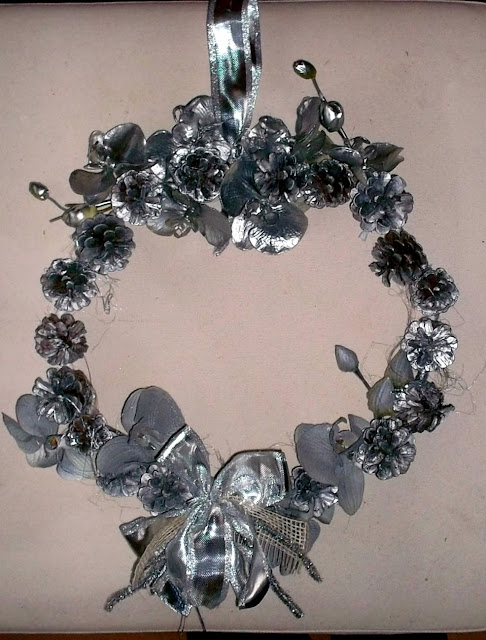 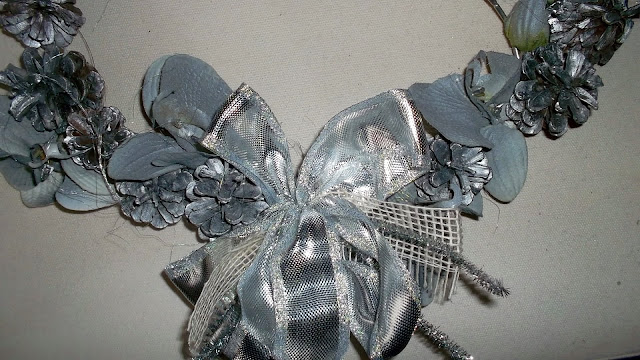 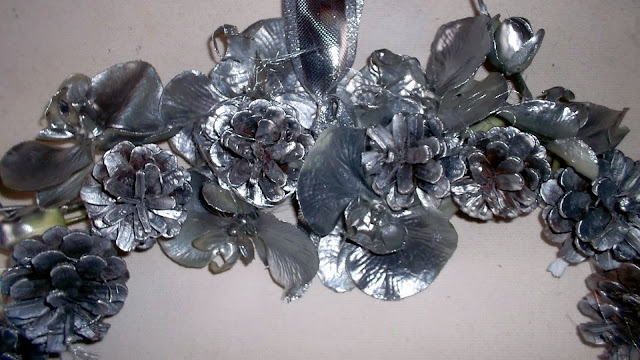 Yesterday I was up early, and as the weather was beautiful - sunny, but cold - I decided to go on an outing. I took the tram into Düsseldorf Altstadt (the old town) and then walked around the Christmas market there. It is much bigger than our tiny one here, and goes through several streets and squares. The first picture is in front of a big department store. They were just opening up for the day, as I went early - I don't like being there when there are a lot of crowds. 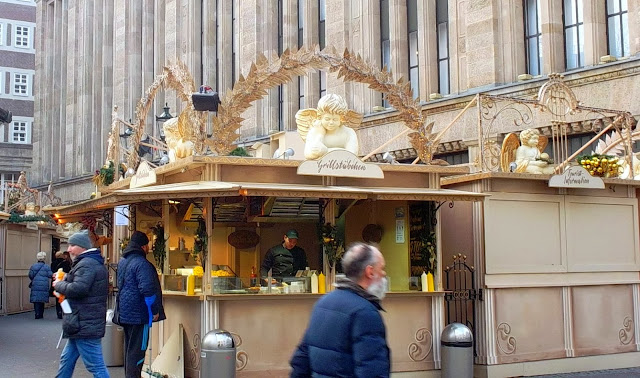 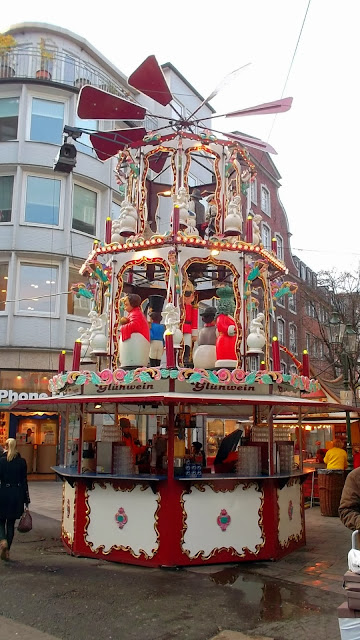 This is a special clock in Schneider-Wibbel Gasse (Tailor Wibbel Lane). He was a character in a book about Düsseldorf, written more than 100 years ago. The doors open at the times written and Schneider Wibbel comes out and sits there sewing while  music plays. 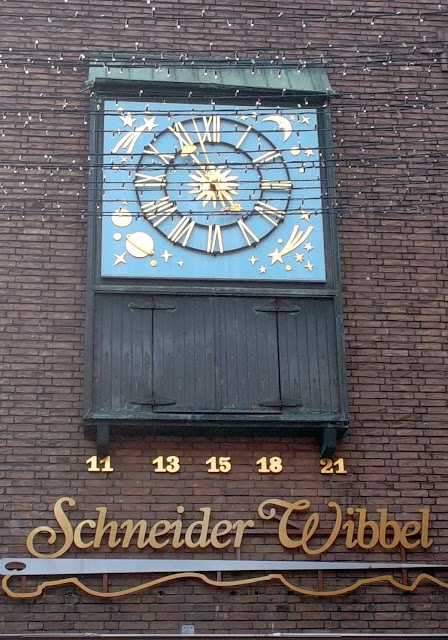 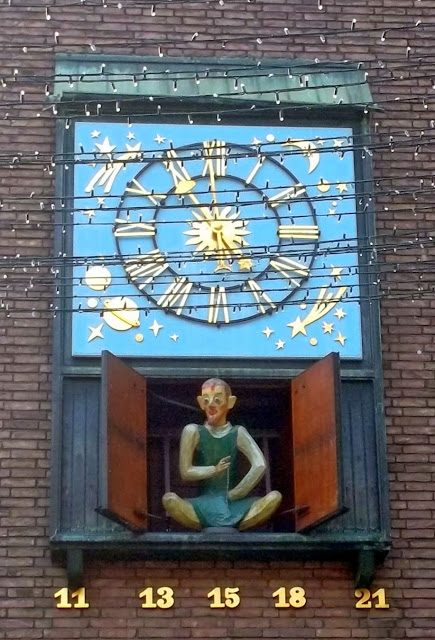 This is the old Rathaus - (Town Hall) and the booths in front of it. 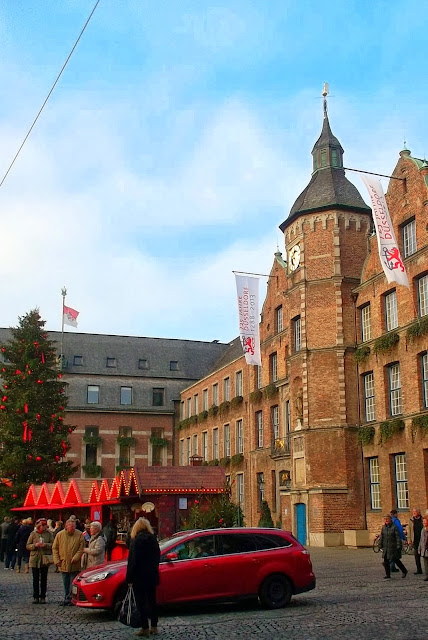 At Burg Platz (Castle Square) there is a big wheel. I would have liked to have gone on it, as I sure there was a wonderful view from the top, but it was too expensive. The Tower is all that is left of the castle, and now houses a ship's museum. 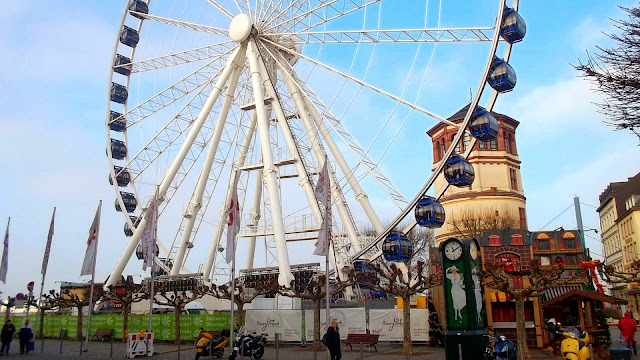 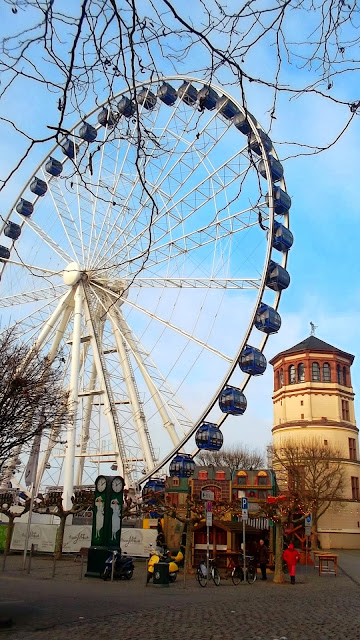 The market booths here were the ones I liked best, made up to look like streets of old houses, and were very pretty. It was also very expensive, they wanted 4,50 for a coffee, so I didn't buy one. But it was nice to look at. 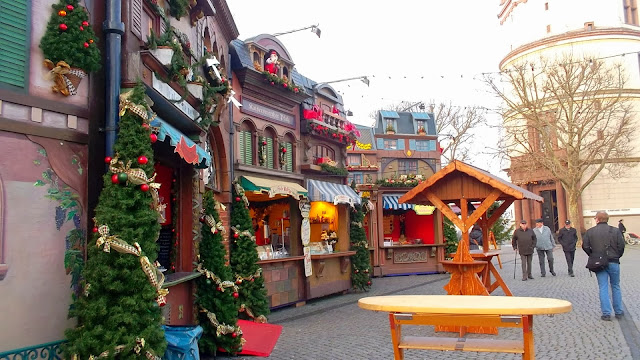 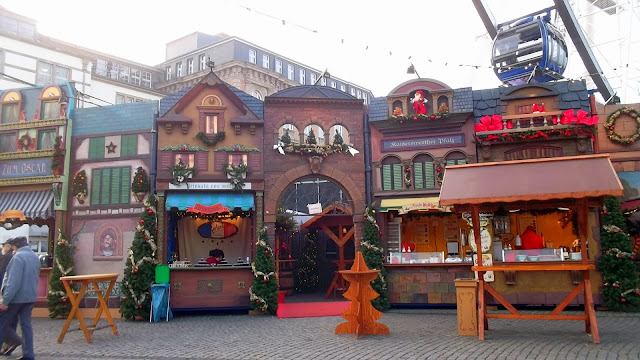 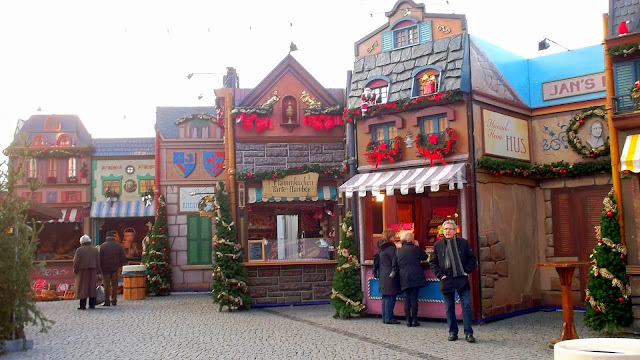 The Church of St Lambertus is famous for its wonky spire: 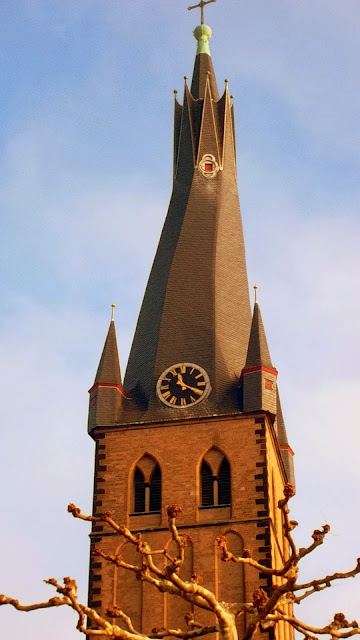 I then had the mad idea to walk home along the Rhine, I thought it would take about 1 1/2 hours, at the most 2. It was a great walk, I really enjoyed it, but the route was much longer than I thought. Anyway, three hours later I arrived back in my little town, rather exhausted, and was happy to sit down in the bakery and drink a coffee to give me enough strength for the last lap home.
I was dog tired by the time I got here, but sort of happy, tail-wagging dog tired!

Have a great day you all, take care, and thanks for coming by!
Posted by Valerie-Jael at 07:15