Another Friday, another Paint Party Friday, and another week of Darcy's postcard challenge, where our participants are off to Budapest.

The happy family has had a busy week. Queenie has opened her shop in Lewisham, and has called it ‘All our yesterdays’, where she is selling vintage clothes from the 40’s to the 90’s, bric-a-brac and accessories, like hats, handbags, gloves etc. The ladies think it is wonderful, and spend time reminiscing about how they loved this and that. Shannon tries everything on, and has a whale of a time. Jason watches, with his usual charm, and says, ‘Bloody ‘ell, ‘oo would want to wear old shmattes (Yiddish=rags) like that?’ ‘Yes, you always look so smart!’ hisses Queenie. Cissie and Thelma tell him that the only time he was decently clothed was at his wedding. Shannon says, ‘Leave him alone! He can’t help it. And I like him as he is!’

This week Cissie is off on her own. Thelma’s knees are hurting, Queenie is busy, and Jason and Shannon are still at it every day. I mean, of course, busy getting their new shop ready to open. Cissie has a very distant cousin at least 5 times removed who lives in Budapest, and she flies over to visit him. She hasn’t seen him since he was a knock-kneed teenie, so is rather surprised when I a skinny, bearded old man collects her at the airport and kisses her excitedly on both cheeks, making all her chins wobble.

Bálint lives with his wife Dora in a large flat in a beautiful, old Art Nouveau house in Buda. His wife is as round as he is thin, and she and Cissie have one thing in common straightaway – their love of food. The table is laden with Hungarian and other culinary specialities morning, noon and night. In between the ladies go shopping, and enjoy cakes and snacks in some of the many cafés and bakeries in the town. They take a coach tour to see the sights. The word ‘coach’ comes from the Hungarian word ‘Cocsi’ = wagon from Kocs, the place where coaches were first made.
They see theDanube River, the famous lion guarding the Chain Bridge, Heroes' Square, the Parliament Building, Fisherman's Bastion, St. Stephen's Basilica, and from Gellért Hill with Buda Castle on the left. 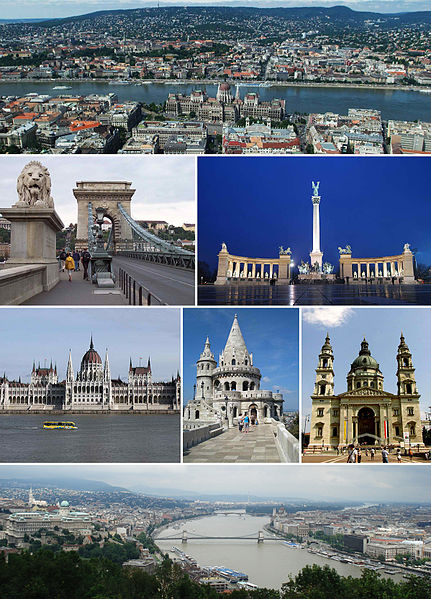 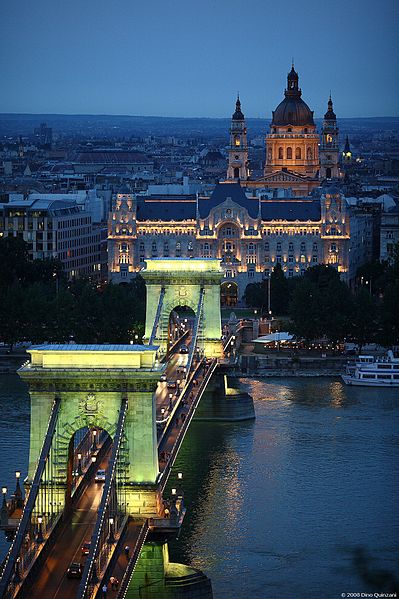 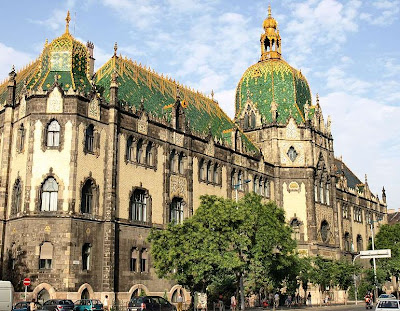 The Museum of Applied Arts 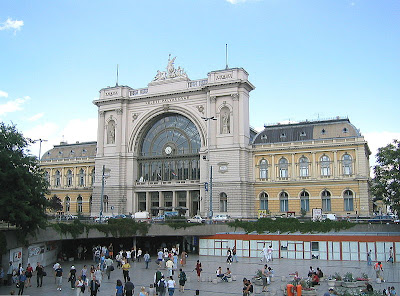 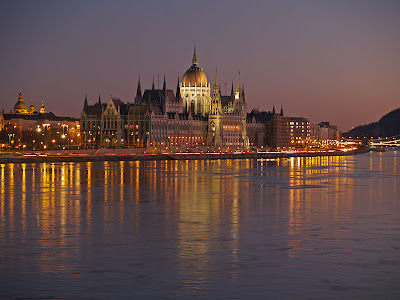 Dora shows Cissie the enormous Station, and the Doháni Street Synagoge, the largest in Europe. ‘And our Metro is the second oldest in the world’, says Dora proudly. ‘Yes’, says Cissie, 'only our Tube in London is older – we had the very first one!’ ‘Right!’ says Dora, ‘But our food is the best in the world!’ ‘Oh yes’, sighs Cissie happily. She hasn’t even missed her fish and chips while enjoying goulash, chicken paprikash, game stew with dumplings, dobos cake, strudels, pancakes and much, much more.

Cissie is sad to leave her cousins, but has enjoyed every minute of her stay in Budapest, and invites them to come to London to visit her and Thelma soon.
But as always, she is happy to be going home again. ‘The food was wonderful!’ she tells he family. ‘But the tea was awful!’ This is the postcard she sends them: 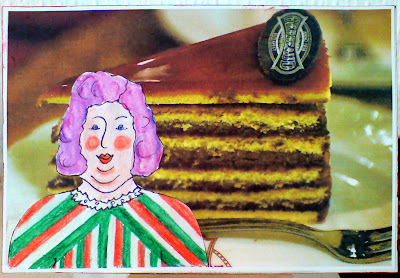 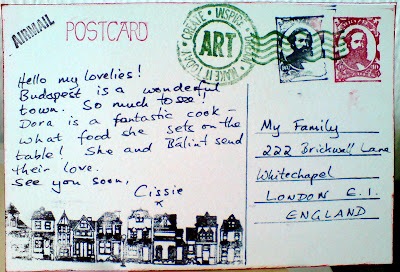 For PPF I just have a work in progress to show; had a nasty time at the doc's yesterday and did not feel up to much when I came home. I am still playing with my marbles. The beads have also been marbled, I am still not sure what background to use. Time will tell! 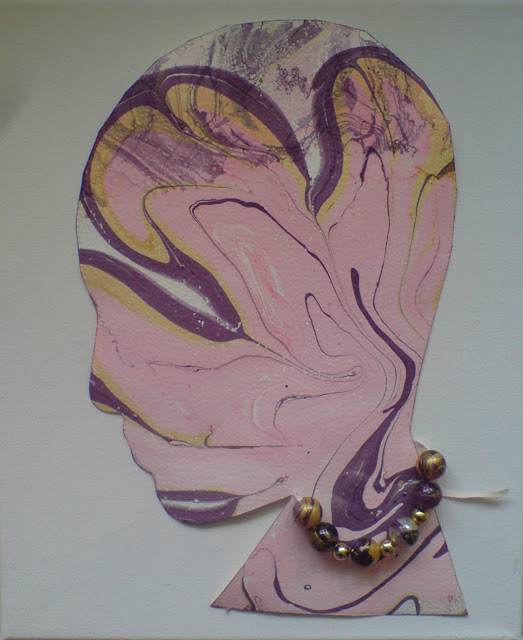 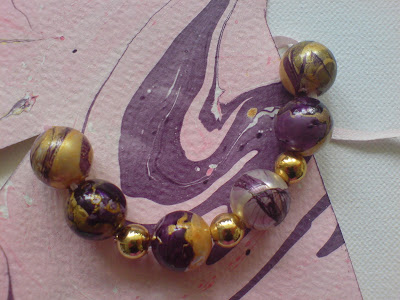 Have a great day you all, have fun and take care! Thanks for coming by!

The cactus mystery has been solved. A neighbour bought it for me as a little thank you for taking in his parcels!