Letters with a mystery from the past.

Hi everybody!
Now, you won't believe this, but today the weather was normal. Cloudy/sunny/ warm/windy - great weather for walking!
In between walks I started clearing out some of my rubbish  'collections', and have managed to fill 2 large plastic sacks with recycled and hoarded scraps, and pictures which I might possibly to be able to use one day, but  sometimes, less is more! The drawers in the kitchen and my bit-boxes are now tidy (well, for me tidy!) and I have an overview of what I have so that is something. I still need to do the drawers in my containers, but I have plenty of sacks ready!
My thumb is now very sore after working so hard, but at least I know WHY it is so.

The photo challenge at Manus this week is 'letter'.
I have copied some letters from 1914 and 1916. They tell the story of Hermann Kohlberg, who was a businessman and cloth manufacturer, and could not get back to Germany because he needed to pass through France which was 'enemy territory', and where he would run the risk of being locked up. I found these letters along with other correspondence, certificates and documents going back to 1701 after my great aunt died back in the 1970s. A cousin had stuffed all the papers into the bin outside, and I am glad I was able to save them. My great aunt was married to a German, who was killed with all of his family by the Nazis, and I think the documents belonged to his  family and their ancestors. I  will try to show more of the documents at a later time, as they tell a very interesting, if rather tragic story.

The first letter to the foreign office in 1914, evidently an answer to Kohlberg's wife, who was asking for a safe conduct pass for her husband. 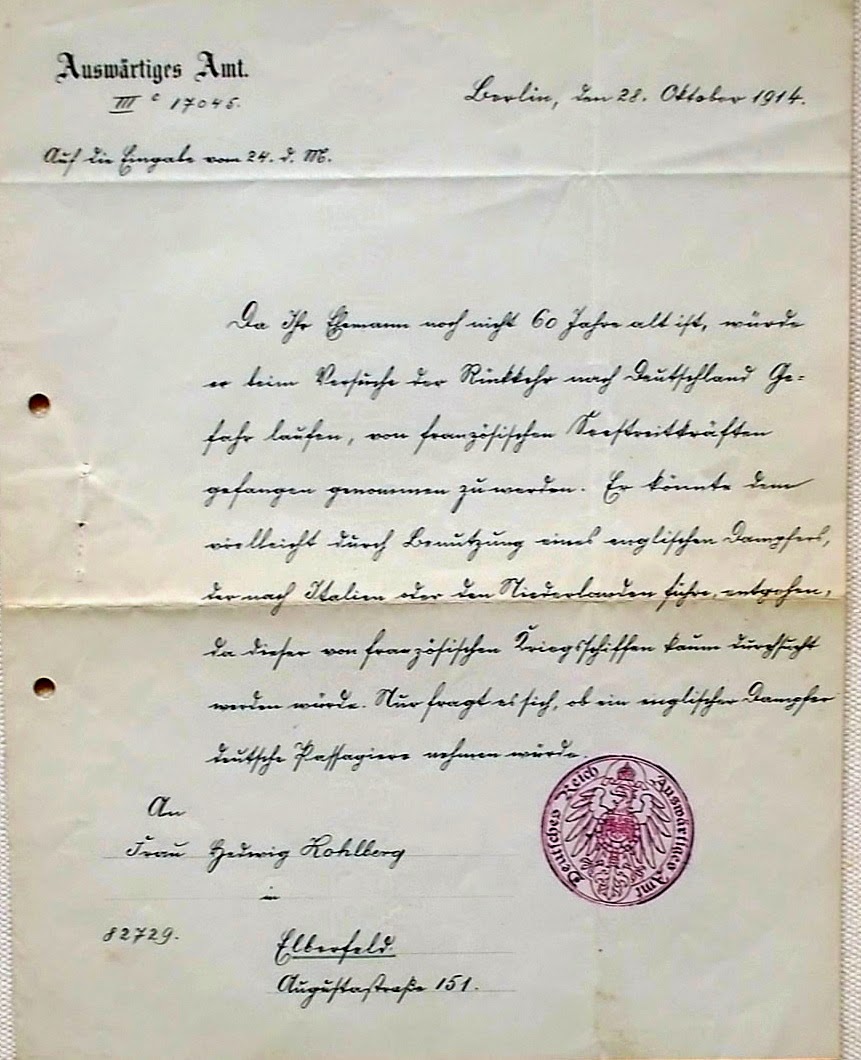 A copy of a letter sent to the American Ambassador in Madrid, asking for help: 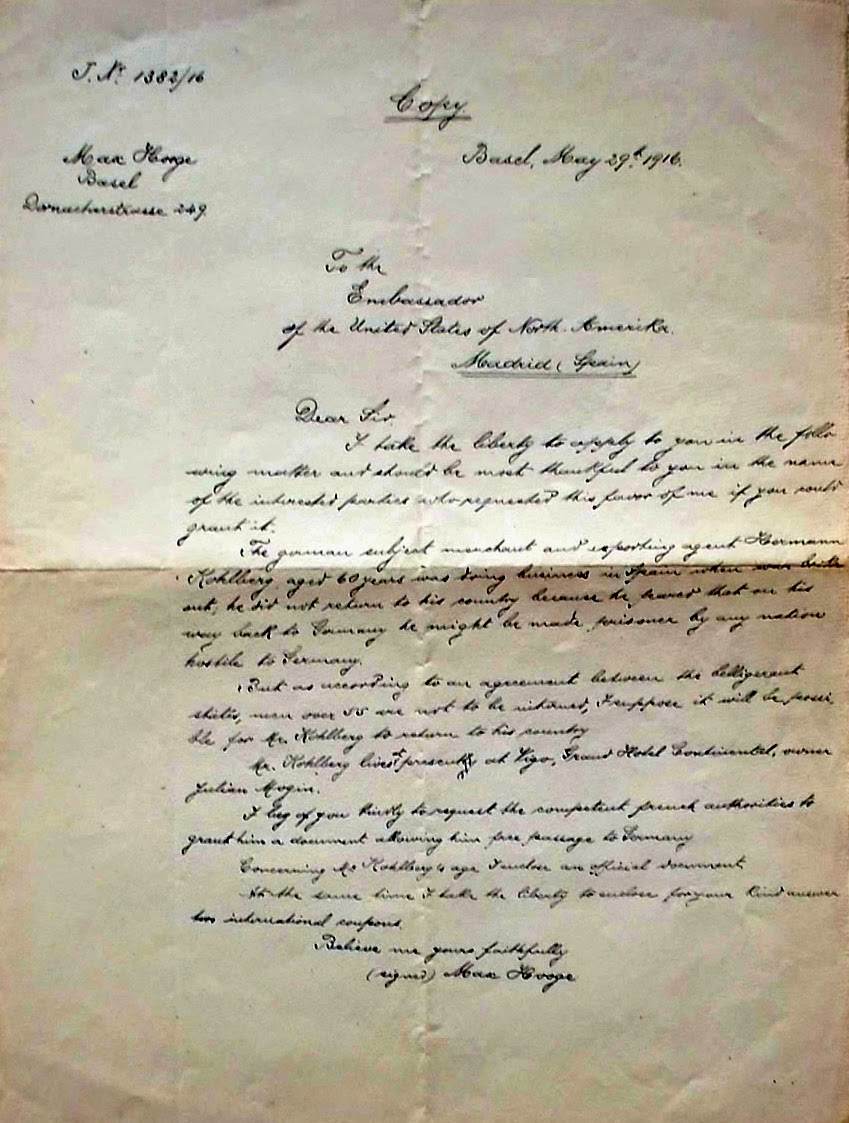 The German version of the same letter: 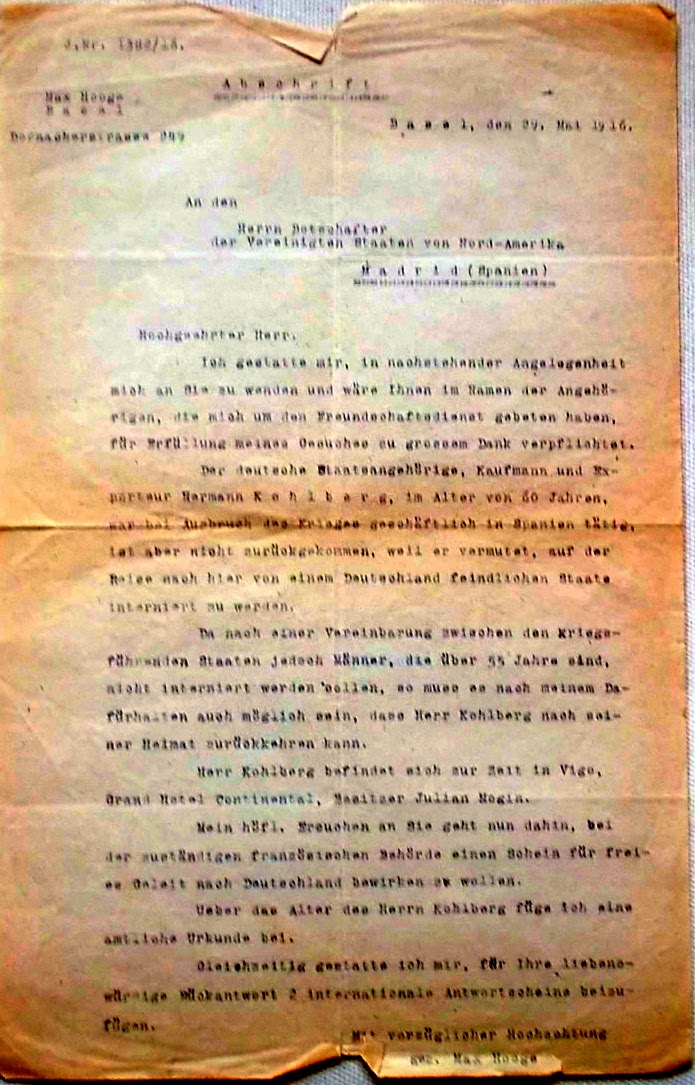 After receiving the letter from Max Hooge,  the German Consul in Vigo asked Kohlberg to come to the Consulate: 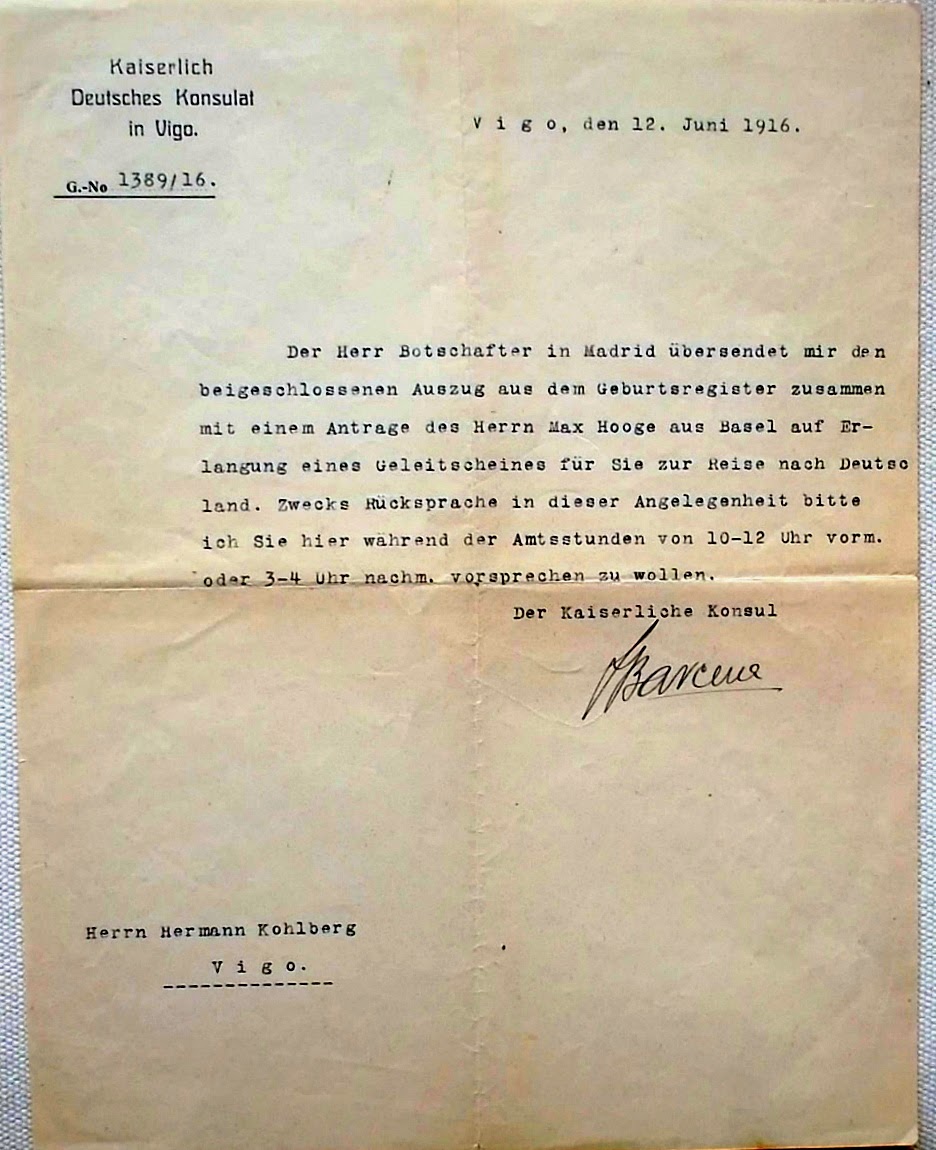 The reply from the German Ambassador in Spain,
Prince Maximilian Karl Wilhelm of Hohenlohe-Schillingsfürst, the Prince of Ratibor and Corvey, saying that  he could pass through France without fearing for his life as he was over the age of 60, but they couldn't guarantee that he wouldn't be imprisoned! 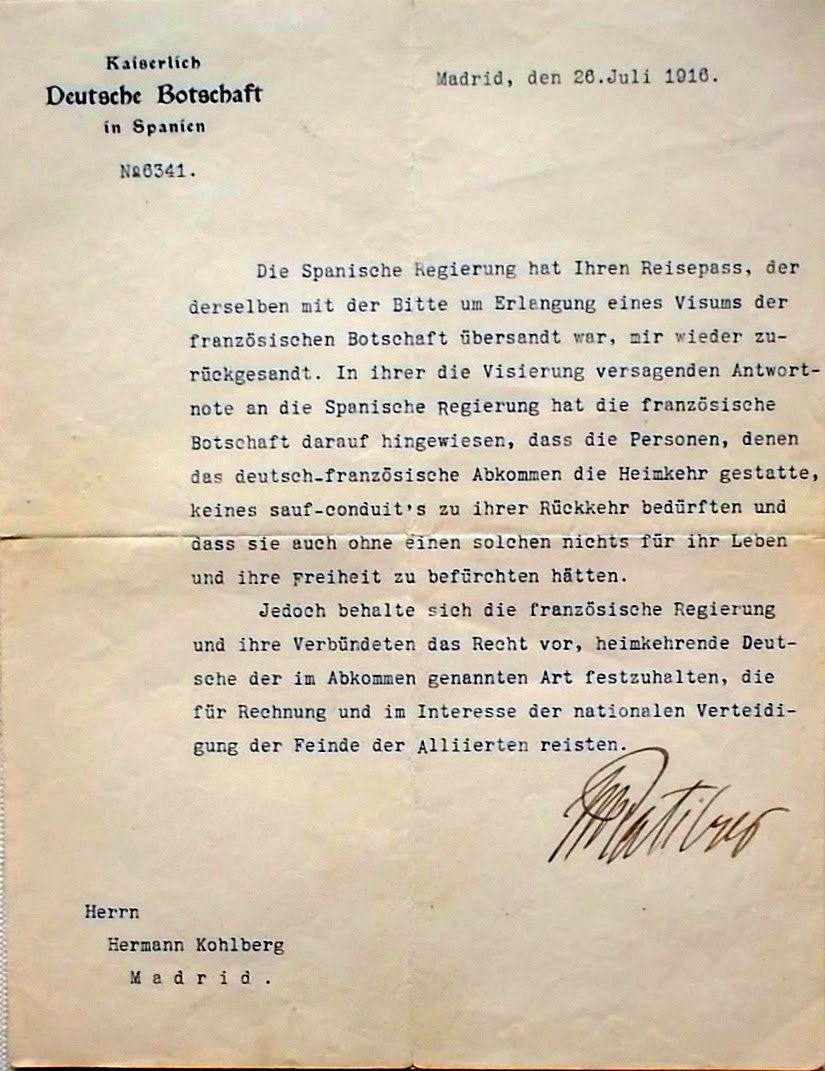 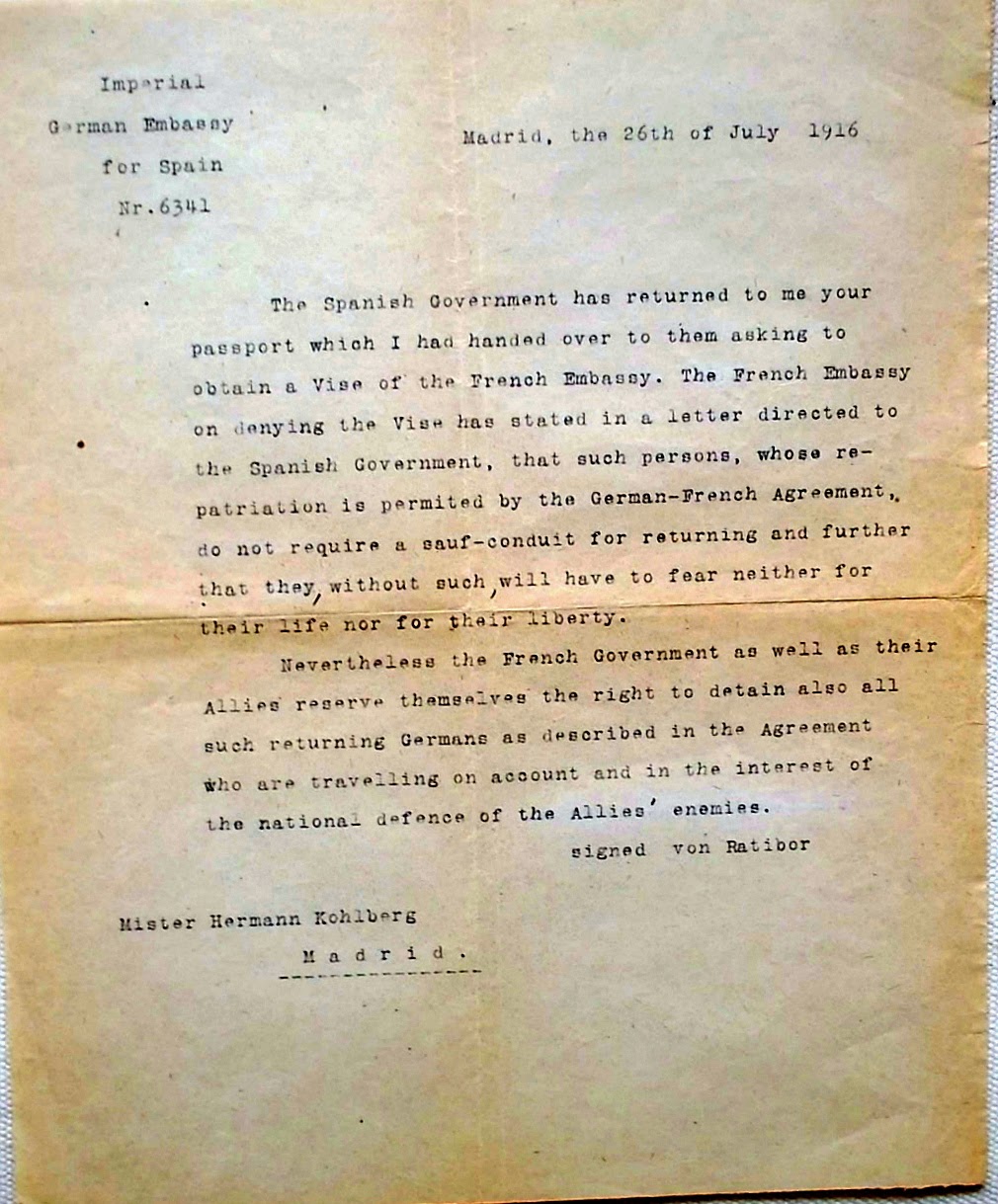 Copies in English and French: 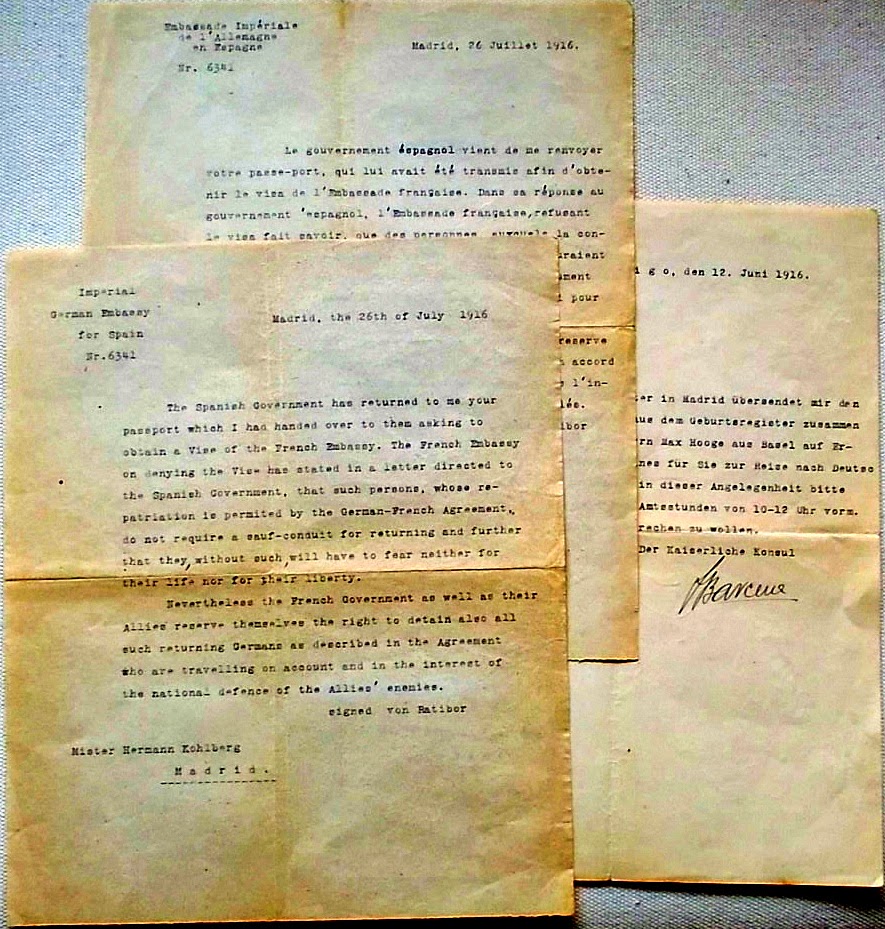 And while researching the name Von Ratibor, I found an interesting article in
'Der Spiegel' from 1998, showing that the prince was involved in a very nasty experiment with biological weapons, but the article is in German. Unfortunately  I found no correspondence to tell me if Kohlberg got home safely or not!

Well, that was today's history lesson!

And to end on a lighter note, some pictures from today's walks: 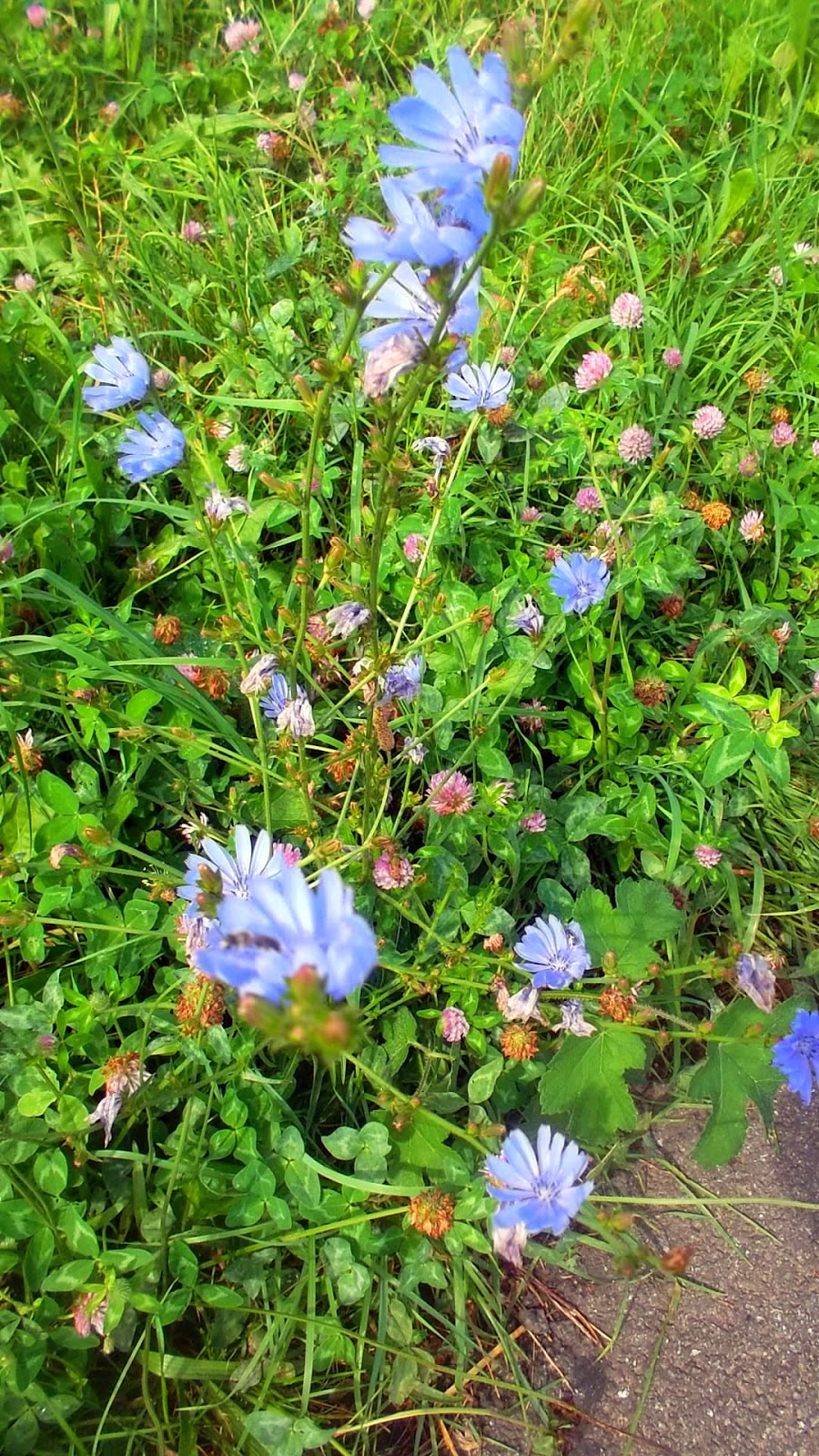 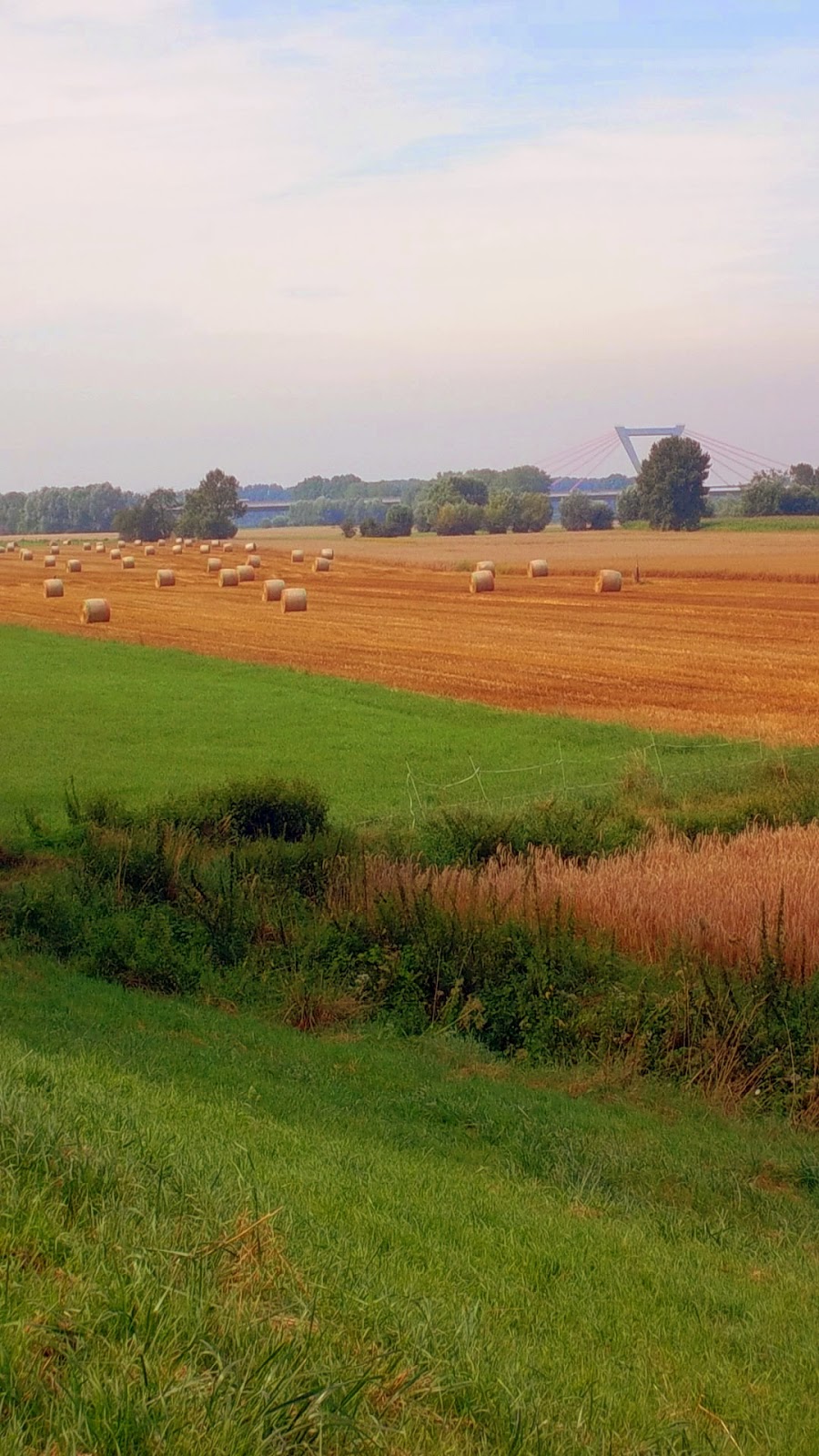 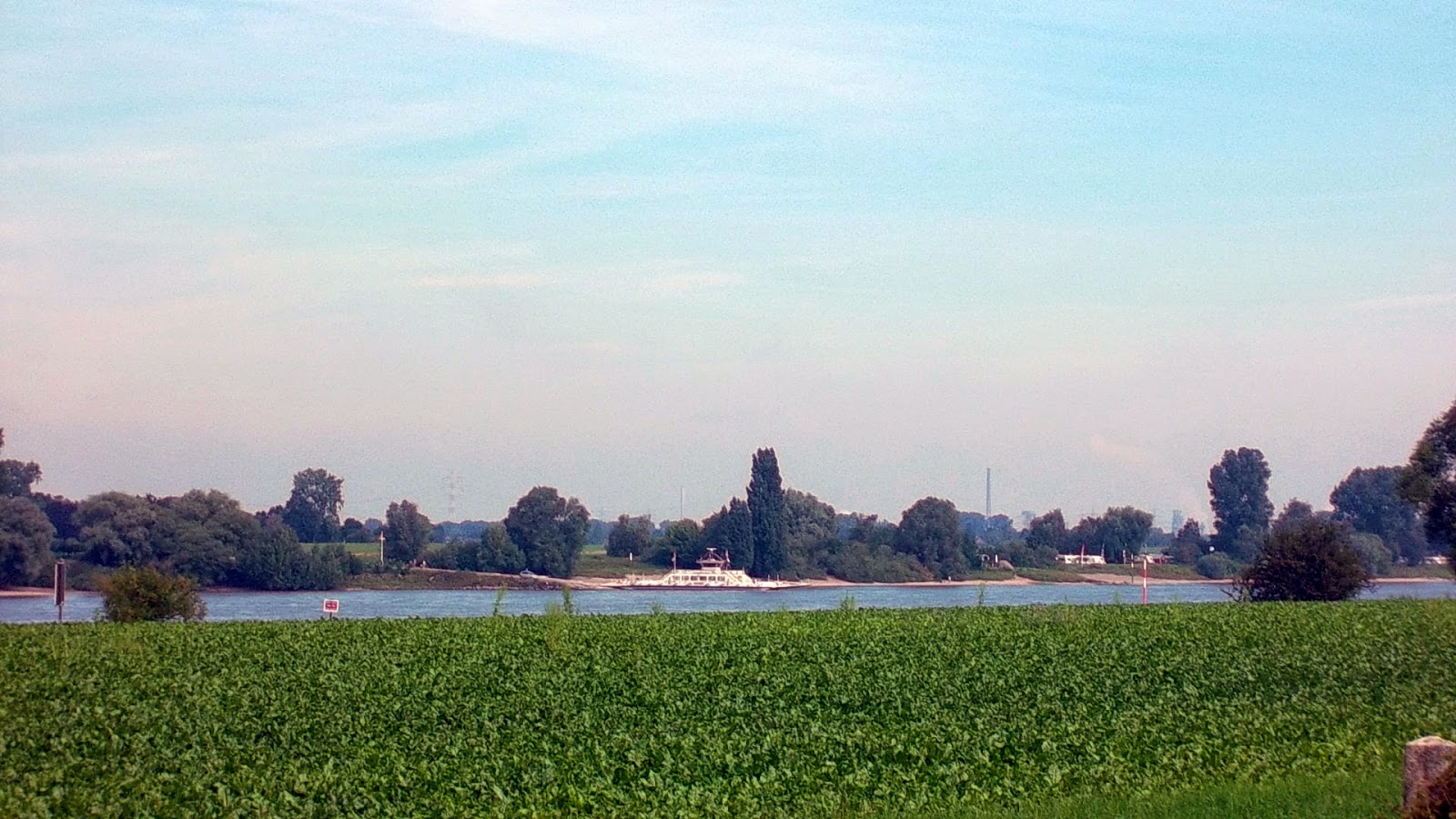 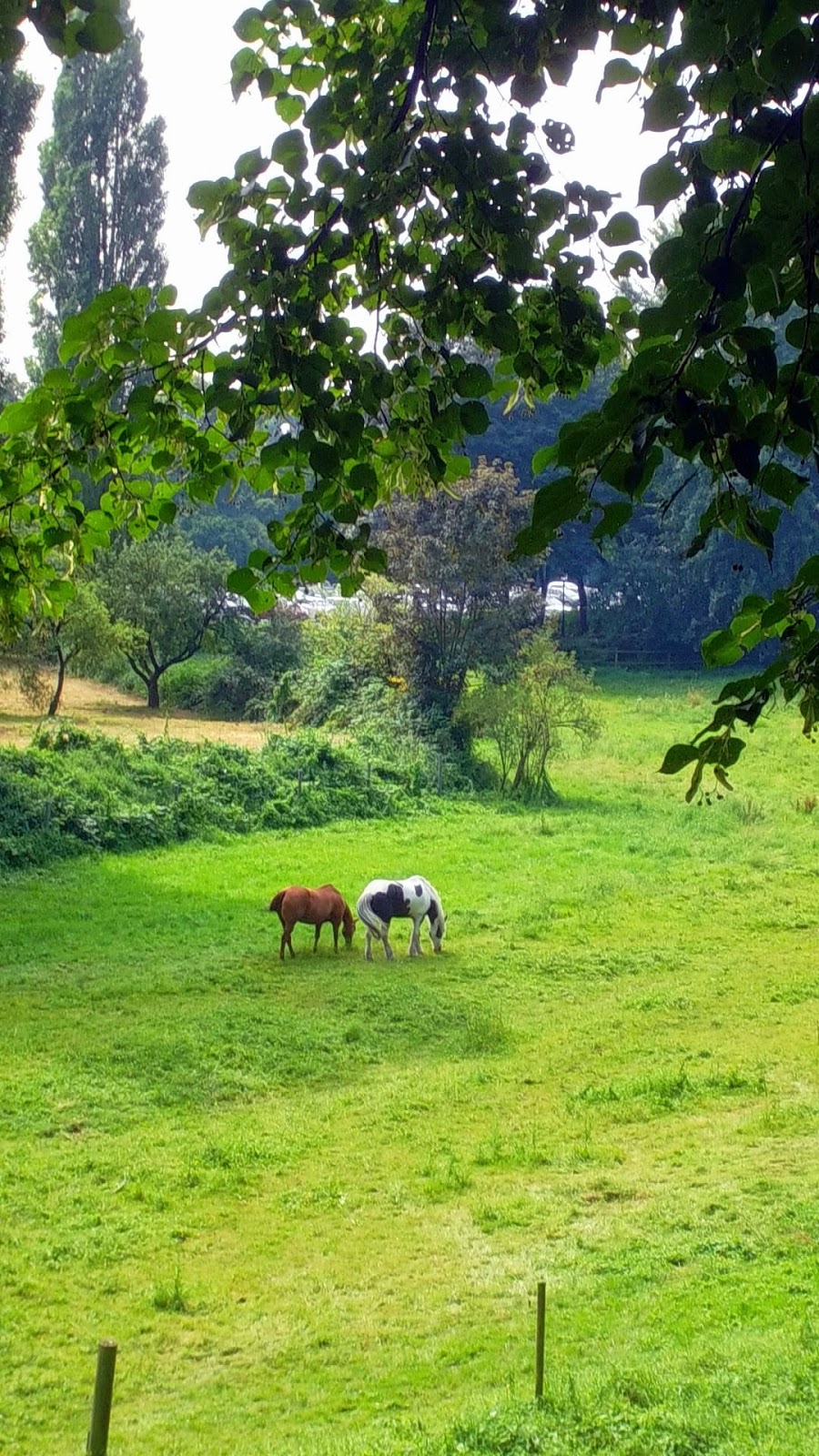 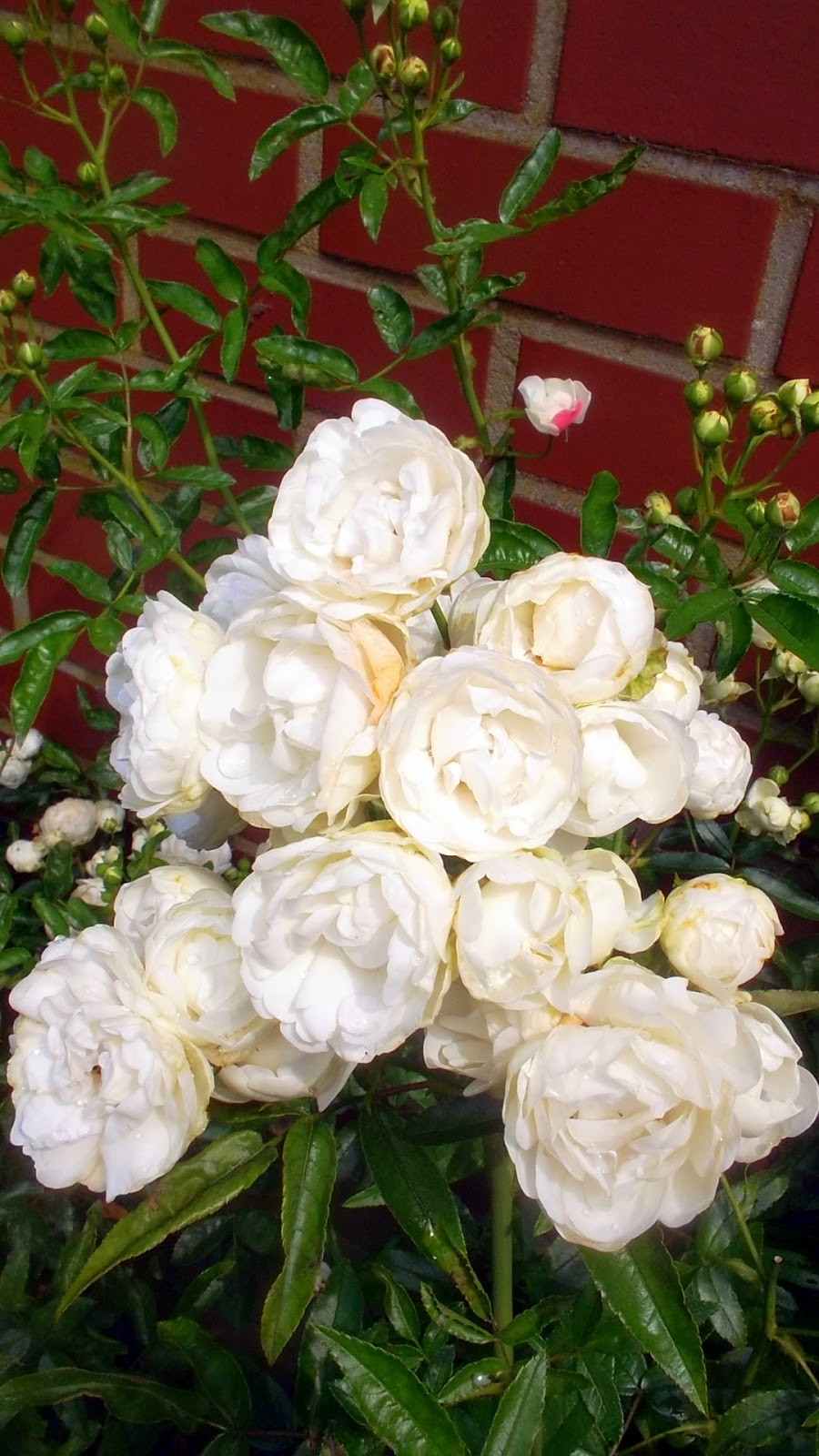 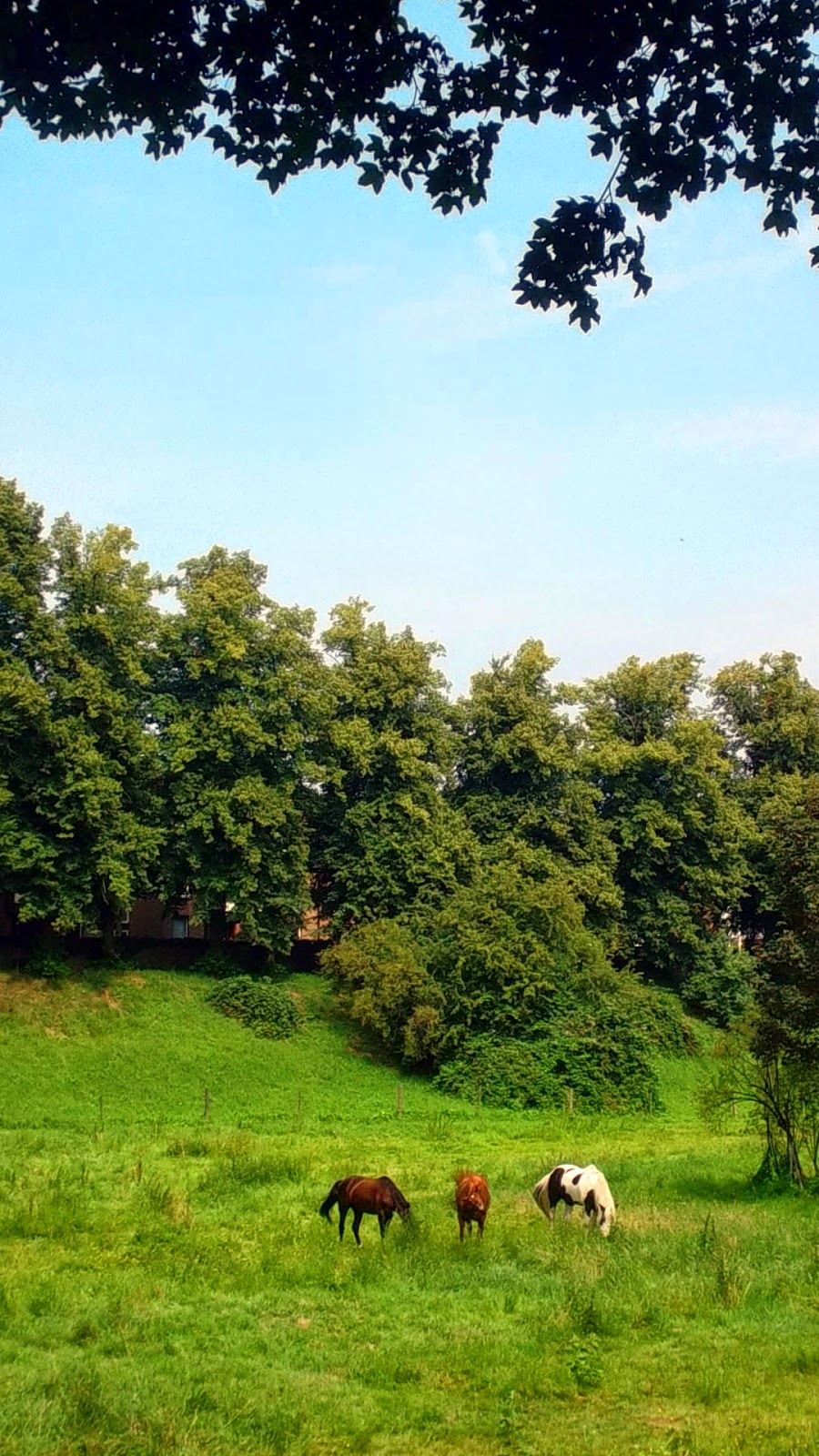 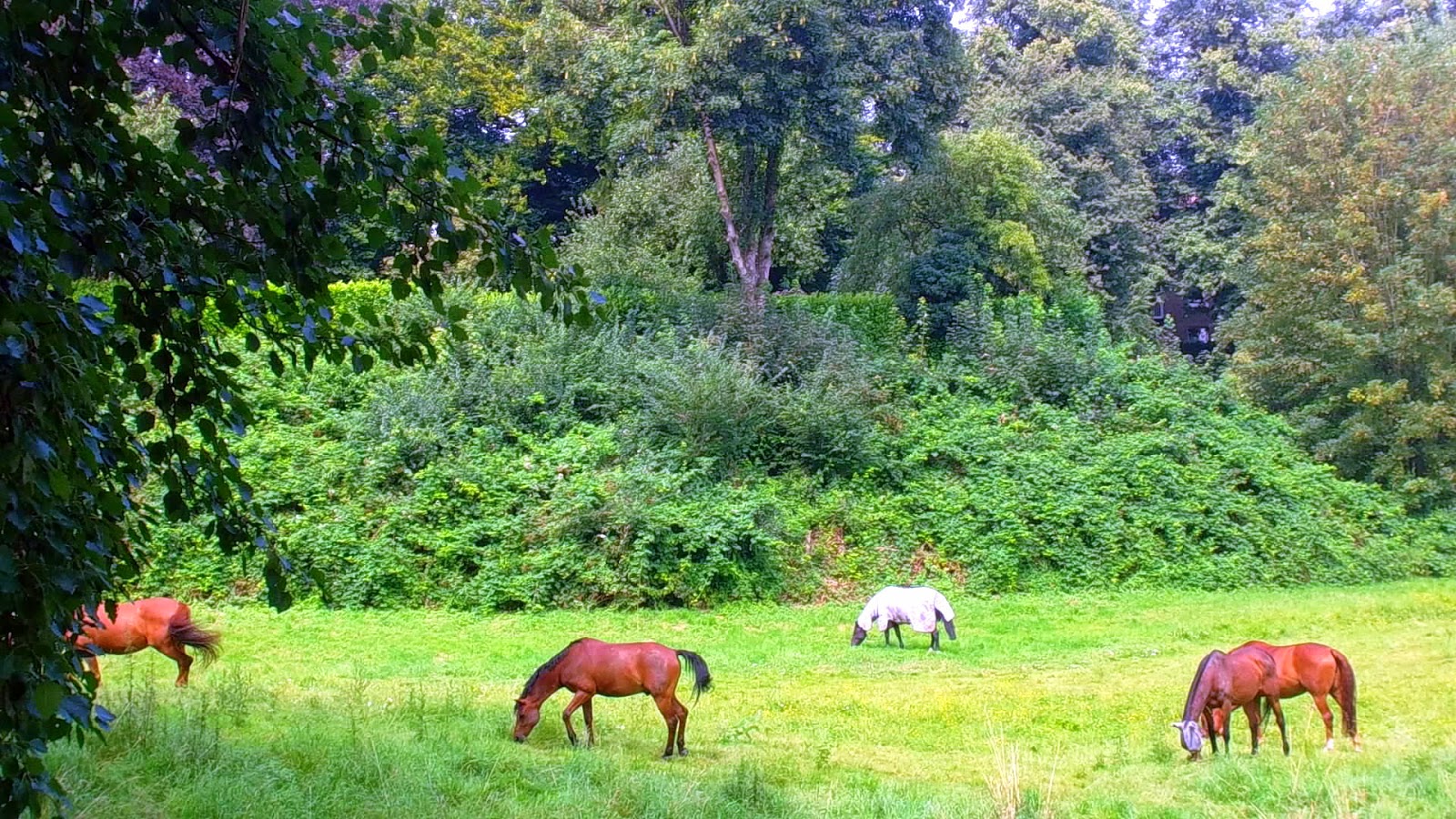 Have a great day, take care, and thanks a lot for coming by!
Posted by Valerie-Jael at 21:08