Hi you all, It's Friday again and that means time for partying - it's Darcy's Postcard Challenge Numer 17, where our participants are off to Norway, and Paint Party Friday Year 2, week 7. I was worried that I would not get my stuff finished this week, as I was not feeling so good, but I managed it, and now I will have a good rest over the weekend.

Cissie has not been feeling well, as she is worrying about Jason and what really happened when he disappeared for those few days. She is more than alarmed when Thelma brings her a newspaper cutting from the local Gazette: 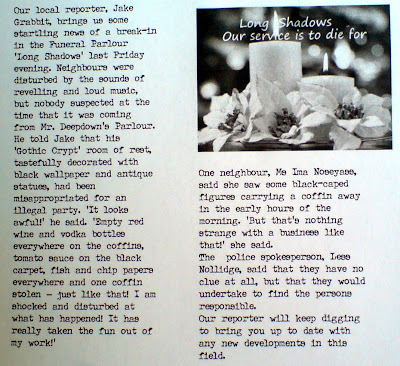 Here is the text again in case the print is too small:
Our local reporter, Jake Grabbit, brings us some startling news of a break-in in the Funeral Parlour
‘Long Shadows’ last Friday evening. Neighbours were disturbed by the sounds of revelling and loud music, but nobody suspected at the time that it was coming from Mr. Deepdown’s Parlour. He told Jake that his ‘Gothic Crypt’ room of rest, tastefully decorated with black wallpaper and antique statues, had been misappropriated for an illegal party. ‘It looks awful!’ he said. ’Empty red wine and vodka bottles everywhere on the coffins, tomato sauce on the black carpet, fish and chip papers everywhere and one coffin stolen – just like that! I am shocked and disturbed at what has happened! It has really taken the fun out of my work!’
One neighbour, Ms Ima Noseyass, said she saw some black-caped figures carrying a coffin away in the early hours of the morning. ‘But that’s nothing strange with a business like that!’ she said.
The police spokesperson, Less Nollidge, said that they have no clue at all, but that they would undertake to find the persons responsible.
Our reporter will keep digging to bring you up to date with any new developments in this field.

Cissie considers cancelling her 5 day Norwegian Fjord Cruise, which she won for being first through the door when a bargain shop opened in her neighbourhood, where she had really pulled – or was it pushed? - her weight to get in first, heedless of the fallen and trampled in her wake. (The lady who was second is reported to have called Cissie ‘The battering ram from Brickwall Lane’.) But Thelma promises, with some trepidation, to keep an eye on Jason, and so they bring Cissie and her 4 cases to the airport. After the usual quibbling at the check-in, Jason foots the excess-baggage bill, and off Cissie goes, hoping that there are really no more Vikings in Norway....

They fly to Oslo, where they enjoy some sightseeing, and then board the coach taking them to Bergen, where they board their ship. They visit Voss, Stalheim, Gudvangen, Aurland, Flam and Myrdal before returning again to Oslo for the flight home. 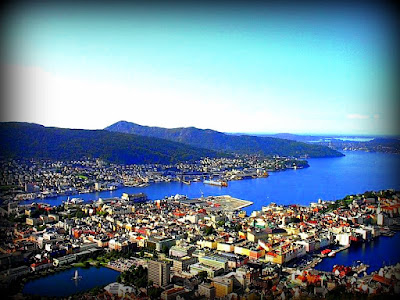 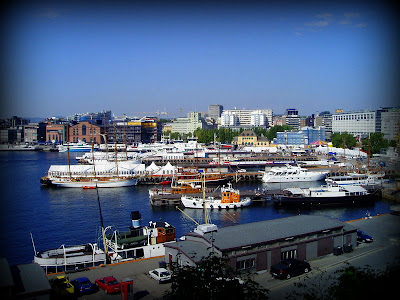 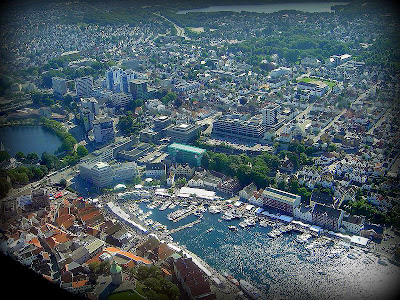 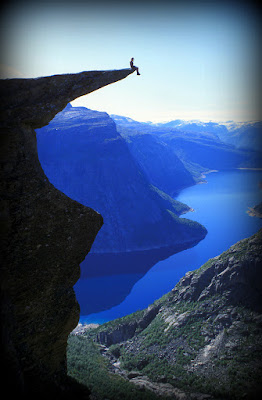 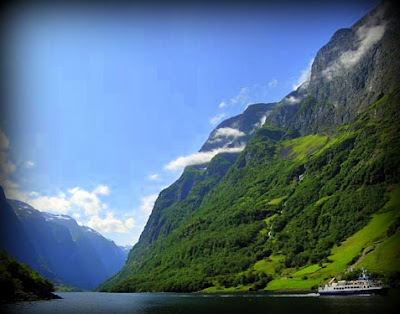 The fresh sea air gives her an incredibly good appetite, and she enjoys huge meals of salmon, herrings, cod, cheeses and cream cakes, all washed down with copious amounts of tea. Here is the postcard she sends Jason and Thelma. I used a map of Norway and its environs, on which I coloured the Norwegian Flag, adding Cissie in a fetching norwegian knit pullover: 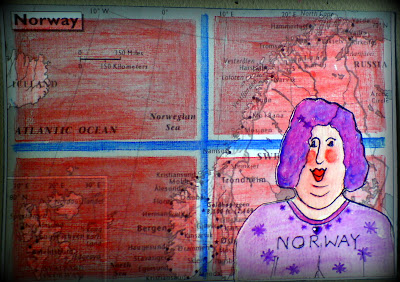 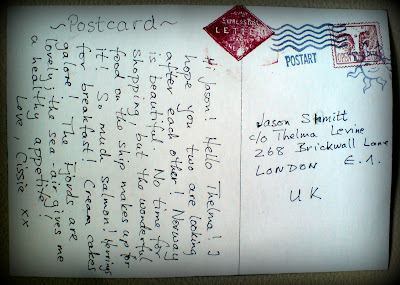 By the way, Cissie has asked me to tell you that although she gives her hair a colour rinse now and again, she does not perm her hair, as she has natural waves and curls.

For PPF I have another re-purposed canvas to show you, which has a re-cycled clock in it, so double recycling today. I used acrylic paints, which I heated to give texture, adding some small glass beads in before heating. Then I smeared on some Stickles and some perfect pearls for some more colour and shine, before fitting in the clock. The clock has been painted in the same fashion, just using a lighter background shade. I added the last remnants of my Prima flowers, and that was it. The last photo shows the 4 of the canvases made in the past few weeks together. 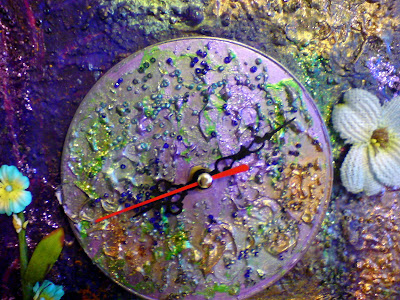 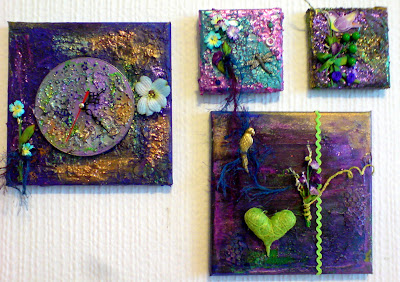 Here's wishing you all a great weekend,take care, and thanks for visiting!