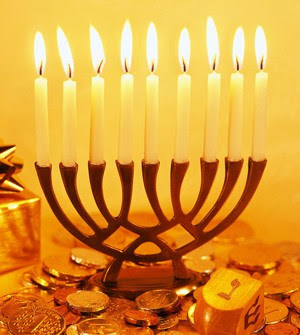 After retiring just over 2 weeks ago, I have got to the stage where I am wondering what to do next, where my journey will take me. On the one hand, it's great to be at home, not to have to get up and go out, to be home all day on Friday instead of staggering home at 7p.m., to have time to do what I want to do. But as Shakespeare said, "Ay, there's the rub". What do I want to do? Where do I want to go? I've spent more time in PJs the past 2 weeks than I have since I was a toddler. I need to get up, get dressed and go out, and that is very difficult at the moment. Yesterday I managed to push myself out to go into *town* to get my meds from the chemist. Today I managed the same trip again, along the Rhine and past the Kaiserpfalz, in spite of the frosty weather, and enjoyed it. And when a friend rang up, and asked if I would like to come over for a couple of hours this afternoon, I said *yes* instead of making excuses. Wonders never cease, and I enjoyed it! Tomorrow I am meeting with my ex-colleagues at a restaurant, *The Chinese Wall* for dinner, it's my farewell present from them. After trying for the last 2 weeks to think of excuses why I shouldn't go, I have decided that it's a good idea to go for a nice meal, have a chat, talk about (not so old) times and enjoy a bit of company. While I was working, the thought of being able to be at home, on my own, all day was wonderful. In the meantime, I have realised that it's the contrasts that make life worthwhile.
In the new year, I will be able to do some scrap courses at the newly opened scrap café here in Düsseldorf, as I have been chosen as one of the team there (http://www.bettypepper.com/community/?page_id=2509), and this will give me the opportunity to combine my hobby with getting out and meeting other people, instead of scrapping alone. And on Thursday, my friend B and her Mum are coming to eat *latkes* (potato cakes) as it's one of the traditional foods for Chanukkah, the festival of lights, which celebrates the re-dedication of the Temple in Jerusalem after the victory of the Maccabees over the Seleucid Empire in the 2nd century BC. There was just one little container of oil, enough to fuel the lights for one day, and miraculously, it lasted for 8 days, till new oil had been ritually cleansed and prepared. To commemorate this wonder, candles are lit for 8 days, first one, then two, then three etc, and things which have been fried in oil, like potato cakes and doughnuts, are eaten. And if you haven't gained a kilo or two by the end of the eight days, that's a wonder, too! And I think that the wonder of Chanukkah reminds us, that you can't win if you don't wager something yourself. So, I will be trying to get out and about more inspite of being retired. An occasional day in PJs is good. Every day in PJs is bad, at least for me.
Posted by Valerie-Jael at 20:10