Hi you all! it's time for another Paint Party Friday, hosted as always by Eva and Kristin. I have re-used an old canvas, which gave me the background texture. I was intending it to be something else, but after I had knocked a cup of coffee over it, I decided to utilize the drips. I have used different metallic paints, gold ink, and some Adirondack spray in  plum. I added more texture with micro-beads sprinkled onto the wet paint.
The text is written in Hebrew,  and is the beginning of Psalm 130, 'Out of the depths I cry unto Thee, O Lord; Lord hear my voice'. The Hebrew text is pronounced  'Mim-aa-makim  keratikha Adonai; Adonai shima vekoli' just in case anyone wants to know. After the terrible shootings of innocent children and their teachers at Sandy Hook, I think we all want to cry out in pain and ask, 'Why?'

I had problems doing the letters, because of shaky hands and a gold Edding pen that was nearly empty and very scratchy, but will go over them when I have a new one, but on the whole I am satisfied with this painting. 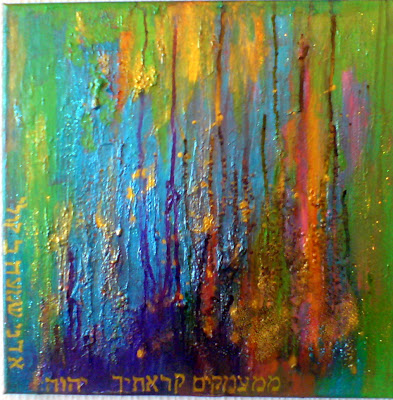 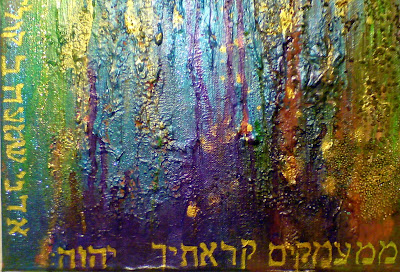 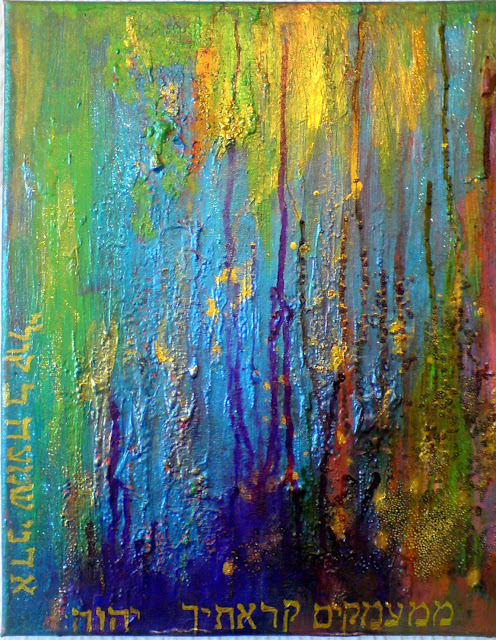 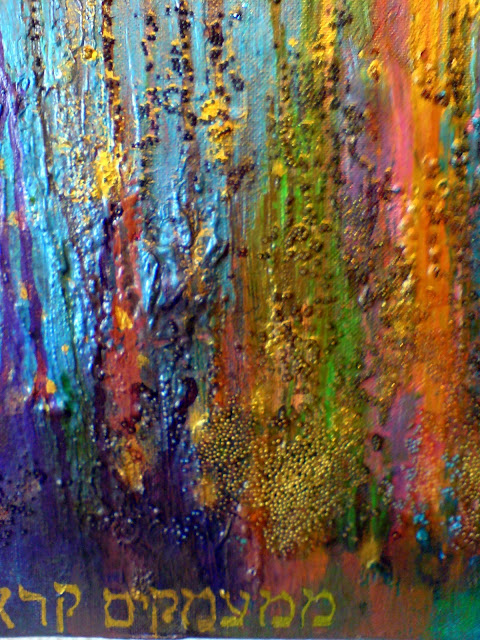 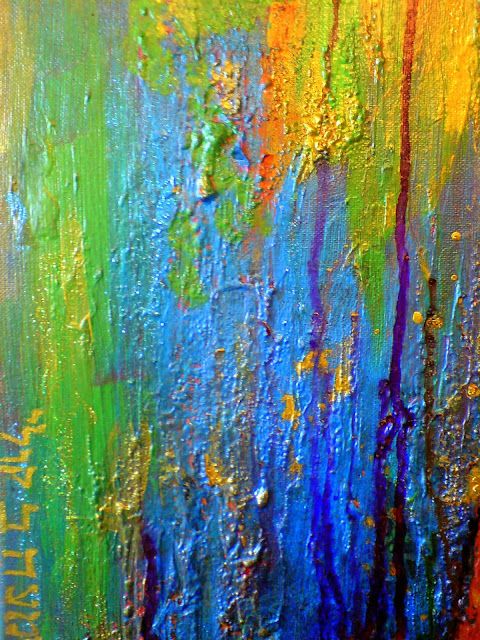 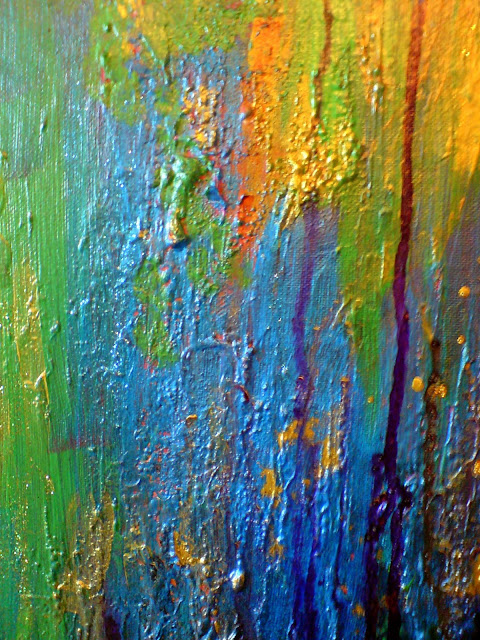 And it's my birthday today,  Friday, December 21st. As I don't think that the Mayans were predicting the end of the world for today, I have baked a chocolate cake with lots of frosting. I'm not expecting any visitors, but one of the advantages of being alone is that you get to eat the cake all by yourself - of course, not all at once!

Have a good weekend, take care, and thanks for dropping in!
Posted by Valerie-Jael at 22:58